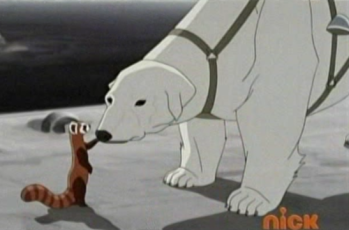 Book One, Chapter Eight, “Where Extremes Meet.” This is a one-scene episode.

We get humorous moments with Tenzin’s kids in the aftermath of last week’s episode and witness Tarrlok’s impressive political posturing. However, most of the episode was on the side of “Meh.” Tensions rise in Republic City as a curfew for non-benders is in effect. There’s a routine car chase against Equalists stealing a police van carrying prisoners. However, “Extremes” isn’t an Amon episode. The major moment is when Korra confronts Tarrlok. Along with a bang-bang fight, viewers get Tarrlok’s law & order vs. Korra’s distrust of authority. REVEAL: Waterbender Tarrlok is also a blood bender without the aid of a full moon. Korra is defeated & is moved out of Republic City via police carrier. Don’t despair because there WILL another day, or another week for us. 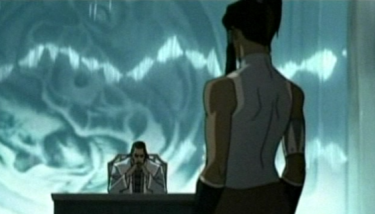 Will Korra follow her rebellious streak into oblivion? How will Aang and the other Avatars factor into all this? Is Tarrlok working with Amon. To answer the last question, I think he is.