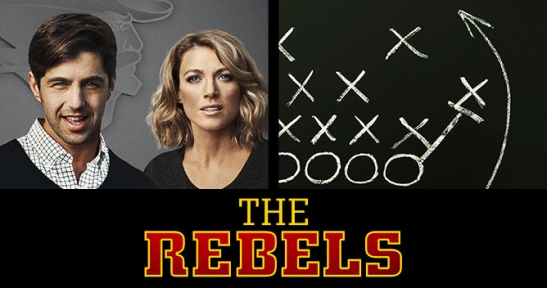 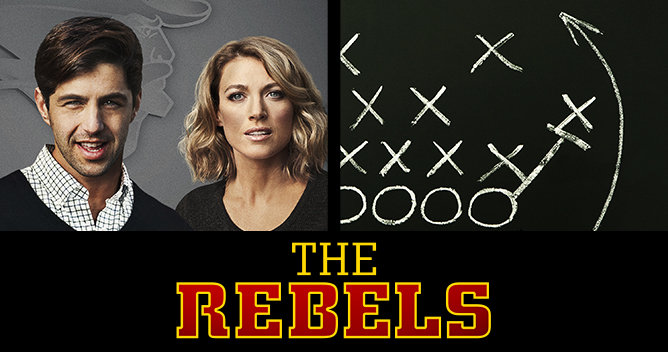 This new comedy pilot transposes the plot of Major League within a half hour but lacks it wit. Star Natalie Zea isn’t the evil wench trying to move her team, but the widow seeking to save her Los Angeles Rebels. She rejects a $700 million offer that would move the Rebels to San Antonio just to show the sexist men (Owners? League officials?) who’s the boss. However, it’s her assistant-turned-general manager who does the dirty work of handling the rowdy roster.

There are too many undeveloped character dynamics for one episode. The big free agent signing, Hurricane Jesus, wants no part of the Rebels. So John Elway doesn’t exist in this universe. Rick Messina, a down-on-his-luck free agent quarterback, may helm the Rebels while loathing its owner. There’s a Tracy Jordan-esque player who owns a monkey who easily upstages him. The Rebel’s star player, you ask? It’s the Argentinian kicker. I SURE haven’t seen THAT play out before.

In Major League, the band of misfits is brought by their gruff manager. Here, there’s Billy Dee Williams in a tepid cameo as Coach Paysinger. Major League got across how the lowly underdog Cleveland Indians can get along and achieve success within a few hours. Rebels just tosses a lot of setup in the hopes that we’ll demand a full season of this. How can I be convinced that this touted prospect is for real when it throws a lot of incomplete passes?