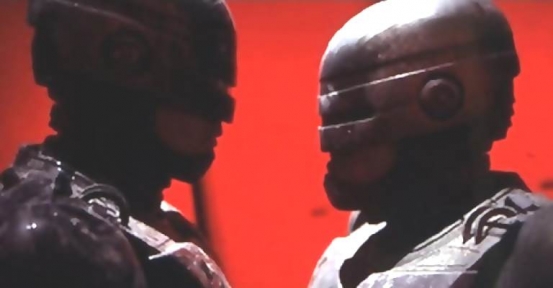 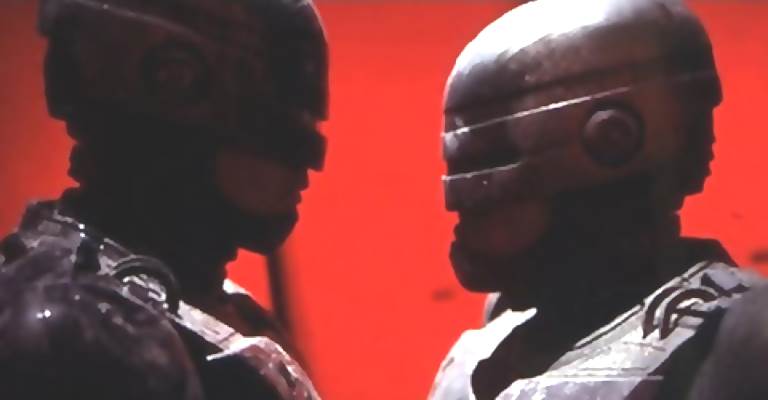 One of the Encore channels played the mini-series Robocop: Prime Directives. I don’t remember much about it other than Alex Murphy’s adult son being an antagonist. But I didn’t recall a second, chromed-out Robocop.

The mini-series features Murphy’s old partner, John Cable. Somehow, he’s saved and put in his own Robo suit. I don’t know exactly how and I’m not going to watch hours of footage to understand that subplot. RoboCable gets two guns instead of Murphy’s one. Isn’t he the baddest?

One of my favorite pieces of Robocop trivia is that Peter Weller based his movements from learning from a mime. Meanwhile, this fight scene has two Robos moving in a very clunky way. Ugh.

Another Robo-confrontation where they have a standoff. They fired at each other and the special effects don’t get any cooler or cheesier. Cue the Western music!

There’s also another scene I can’t find where both Robos fight at a fountain with cheesy slo-mo effects.

To be fair, the makers of Prime Directives tried to put out the best Robocop movie under TV constraints. They tried to please the fans, but it takes way more than RoboCable to make a GOOD Robocop movie.