You’re watching The Walking Dead and are looking forward to the season finale this Sunday. You also would want a viable recreation of the events of the third season. McFarlane Toys premieres a new line of action figures based on the AMC’s mega-hit zombies-and-angst show. 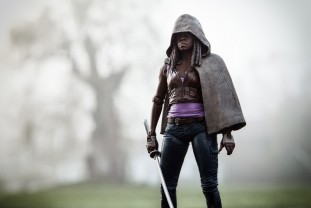 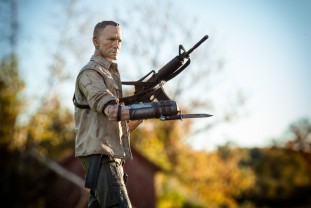 The infamous “Pets” who accompanied Michonne are part of the new line. Like the show, they lack a bottom jaw and arms. Both have removable backpacks and neck chain leashes. Pet 1 also has a removable shotgun in his backpack. For those asking “What if they were normal Walkers,” then each Pet has arms and bottom jaw included.

There’s also the Autopsy Zombie that Rick and Daryl encountered. It includes knife and a shirt that you can remove to reveal a digested hand and/or dead woodchuck. Mmmm, mmmm. 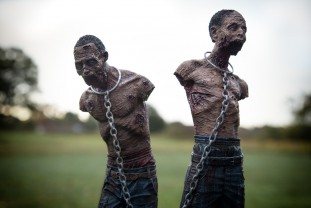 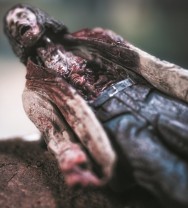 2 thoughts on “Recreate This Season of Walking Dead With McFarlane Toys' New Figures!”