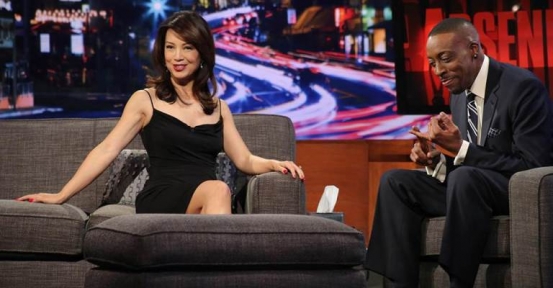 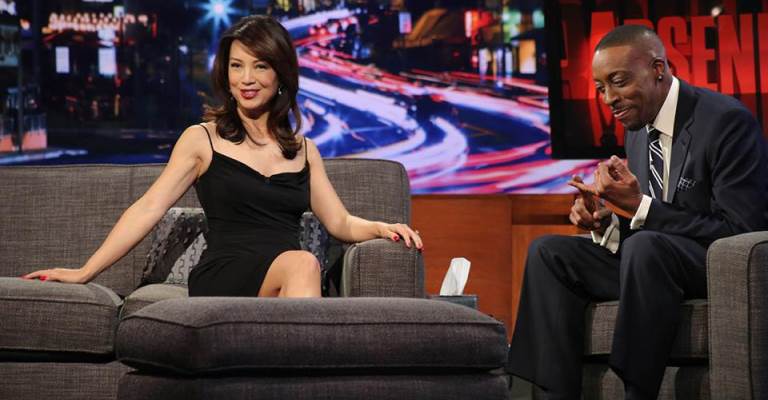 America’s favorite Asian secret agent portrayer*, Ming-Na Wen, made an appearance on Arsenio’s talk show Friday night for a bubbly late-night talk show interview. Arsenio greets her with a happy Chinese New Year, Ming-Na returns a “Gong Xi Fa Cái.” They also chat briefly about this year being the Year of the Horse.

Ming-Na admits to being a sci-fi geek (she was president of her sci-fi club), and wanted to dress as Princess Leia at her birthday party. A photo is shown with Agents of SHIELD co-star Beef McLargeHuge staring away from the camera as Imperial accountant Blix Starhustler: 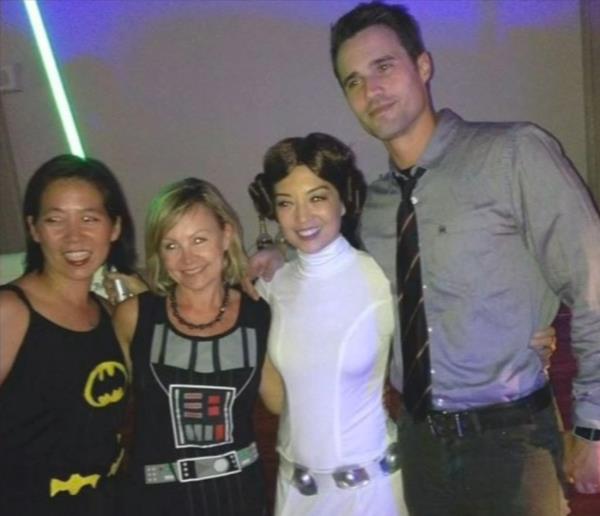 Ming-Na’s husband had a slightly different idea. After a few shots of tequila, Ming-Na had the courage to go on stage in the Slave Leia. At least two Internets slobber over an attractive, middle-aged Asian woman wearing the famous outfit.

Watch Mina-Na talk about her birthday party with Arsenio below:

Afterwards, Ming-Na talks about not being too keen about playing Chun-Li in the street Fighter movie with Jean-Claude Van Damme due to stereotypical casting. She now embraces playing master martial artist Melinda May. “Martial arts are awesome,” exclaims Ming-Na.

Another Agents of SHIELD tidbit: Melinda May was orginally named Althea Rice. The silliness of having Ms. Wen play Agent Rice (say that name out loud) which executive producer Maurissa Tancharoen picked up on, caused the name change.

Those were the high-points of the interview. Remember, if you’re of African or Asian ancestry, be proud because: 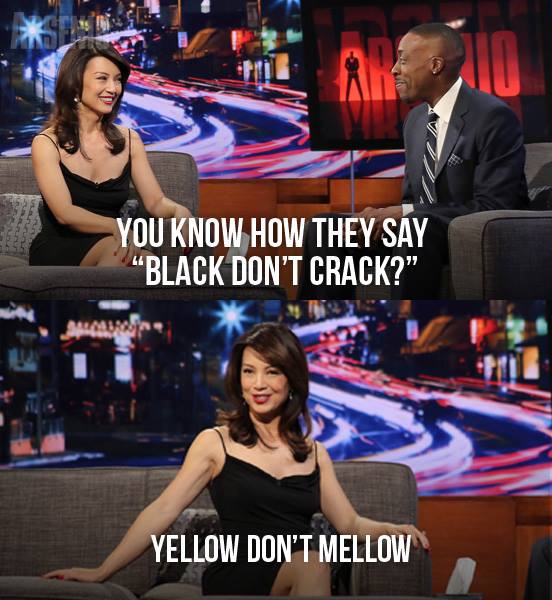