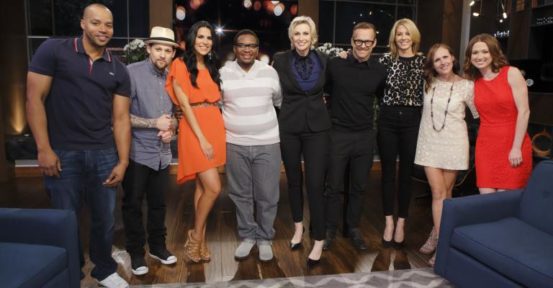 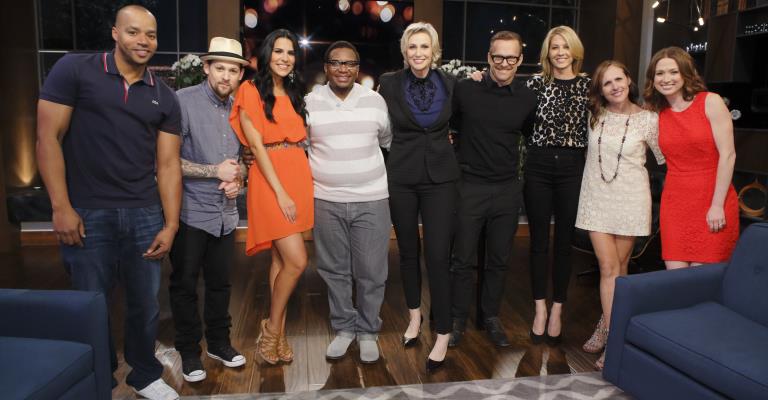 Finally after a few weeks, a new episode of Hollywood Game Night. However, I think this is the last new episode of the season, so I hope to continuing recapping next… whenever. This episodes, titled “Game Night, But That’s Another Story,” was a good contest with the typical cool variety of games presented by excellent emcee Jane Lynch.

Click on each picture for larger size. Please don’t hotlink. 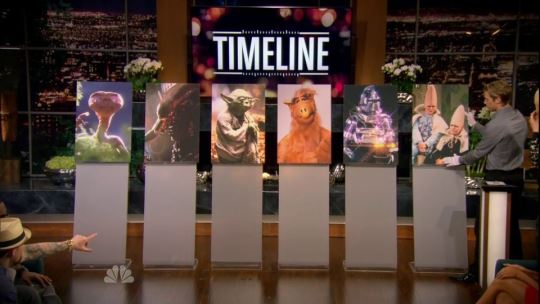 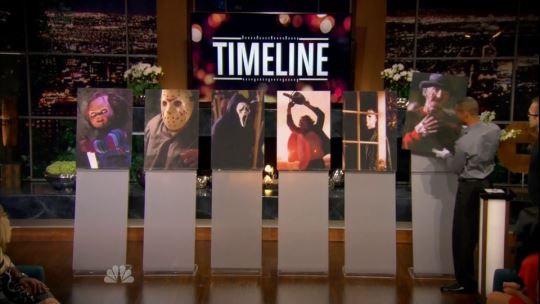 Game Four: The Story of My Life

“The station was a toilet bowl, but who cared? I was the morning man in Detroit, a major market.” (Guessed by Bob from Marielly’s team.)

“I practiced for hours a day. I would wake up in the night hollering, “I am Clubber and I want Rocky Balboa.” (Author guessed by P.J.)

“Nobody knew that the sand was hotter than Hell and that the water was toxic. That every week, we had to bow to the dictates of what was perceived as a horrible, sexist show.” (Guessed by Joel Madden.)

“The miracle being that I looked at the cassette player that morning, and I knew I’d put a brand-new tape in the previous night, and I saw it was at the end. I wrote Satisfaction in my sleep.” (Author guessed by Joel.)

Game Five: Off the Top of My Head

P.J. & Joel only get nine famous people right in the bonus round. Both win $9,000, with Joel’s winnings going to UNICEF.