Still keeping its spot as one of the best superhero television shows ever, the episode from last night’s episode of ‘The Flash’ was absolutely amazing! For those that aren’t aware of the character The Flash, or of this shows existence, it stars Grant Gustin as Barry Allen who is struck by lightning while dosed in chemicals AND hit by a wave of dark matter energy concurrently.

Now as for last night’s episode, FIRESTORM!! Robbie Amell has done a wonderful job playing Ronnie Raymond, as Victor Garber has done a wonderful job playing Dr. Martin Stein. The two together have perfect on-screen chemistry (ZING!). Looking back on the history of Firestorm, these two were the perfect choice.  The conversations between both Amell and Garber really brought me back to the older Firestorm books and I’m all for the way these two portrayed there characters respectfully. I look forward to seeing more of these two in the future. For fans of the most current version of Firestorm, the Ronnie Raymond/Jason Rusch version, there is no need to fret. He has been introduced in the series as well. Whether they go that route in the future…only time will tell. 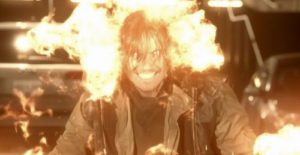 Speaking of, we now know that time travel is a factor in the death of Barry Allen’s mother. The show runners have ripped the story straight from the comics and have given it their own gusto for television. I could not be happier about this than I already am. They’ve been teasing the treadmill since the beginning and then time travel even more so when they introduced the quantum splicer. Watching Dr.  Wells’ character change as drastically as it did, gave more concern to him being a time traveler as well. 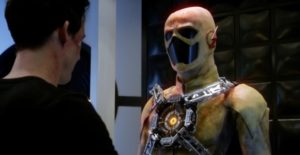 And even with all of that awesomeness rolled into one episode, they managed to throw in another minute at the end with General Eiling and the Reverse Flash. All I will say is Grodd is not to be messed with. These episodes just keep getting better and better!