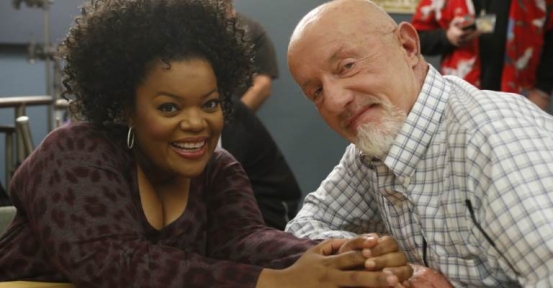 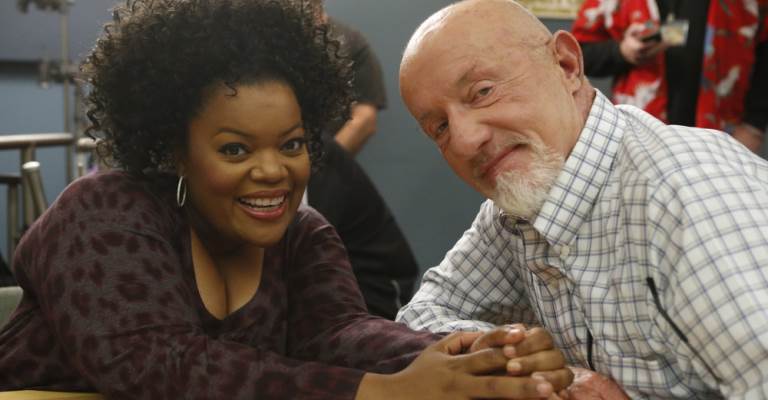 Community, along with Parks & Recreation, return to NBC Thursday on 27 February. Here are pics from two upcoming episodes, “Bondage and Beta Male Sexuality” and “App Development and Condiments.” We’re a few months from knowing whether Community earns its sixth season (with an option for a movie) so these attached photos may entice people to get over the Sochi Winter Olympics and keep the show afloat. Maybe.

“Bondage” promises a lot of Britta when Duncan seeks to woo her and she tries to reminisce with her old anarchist buddies.

“App Development” features war based on a social media app and Professor Hickey seeks refuge underground. I knew there’s a dark side that the PBS documentary “Generation Like” didn’t show!

These new episodes of Community premiere on NBC, 27 February and 6 March, at 8PM Eastern. Thanks to NBC for providing the photos.

Photos From “App Development and Condiments”

See also: the latest pics of Parks and Recreation.

Information about the episodes come from the Community Zap2It page.