It’ll take some time getting used to Cedric the Entertainer hosting Who Wants To Be a Millionaire. Meredith Vieira’s successor is a response to Steve Harvey’s success on Family Feud. Though WWTBAM aims for memorable, silly moments, it still has the same difficult “shuffled questions for shuffled banked amounts” format. The current format and casting preference for personality over intelligence means anyone trying for even $250K is a rare event.

Cedric’s first remark is about how the audience’s cheers had him feel like he’s on the Maury Povich show. At least Cedric’s reads questions better than Steve Harvey when he guest hosted Millionaire. The inexperienced-to-quiz-shows Harvey rushed questions out under Millionaire’s “clock” format.

Harvey’s popularity is bolstered by YouTube videos which highlight the blatant innuendos set up by the survey questions and the high-LAR-ious responses by the players. Hoping to create some viral video magic, Millionaire lines up two contestants to interact with Ced. 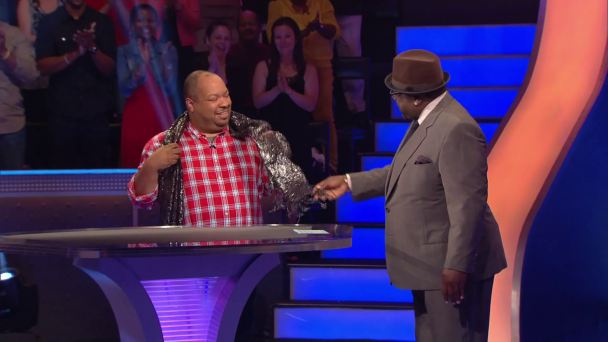 While Cedric isn’t cringe-worthy reading the questions per se, his cadence has a staccato rhythm at times. Cedric’s way of building suspense is awkward, but I think he’s in the mindset that he’s standing next to a friend shooting the breeze. He’s likeable and casual, yet not smooth.

Visit Who Wants To Be a Millionaire’s YouTube page.