Superman, born Kal-El of Krypton, the original superhero with the impressive power set and formidable, is given second billing for the upcoming movie, titled Batman v Superman: Dawn of Justice. In our Bat-crazy culture, this is truly the title we deserve. END_OF_DOCUMENT_TOKEN_TO_BE_REPLACED

The PBS documentary, Superheroes: A Never Ending Battle, is a collection of American comic book’s greatest hits. For 75 years, superheroes are intertwined with the once-cheap medium. Battle tries to go through every era, from the metallic Ages to today, covering as many highlights as possible within three hours. The three chapters, directed by Michael Kantor and written by Kantor and Laurence Maslon, are “Truth, Justice, and the American Way,” “Great Power, Great Responsibility,” and “A Hero Could Be Anyone.”

A Never Ending Battle bookends with the ultimate superhero, Superman. You may know the origins of Supes: two struggling cartoonists trying to sell their powerful hero until the company that would later become DC Comics brought Superman to Action Comics in 1938. At the end, after all the movie mentions and mingling with pop culture, Superman not only endures, but still stands.

Unlike the Shadow or Man of Bronze, Doc Savage, merchandising opportunities have always been very good the Last Son of Krypton. END_OF_DOCUMENT_TOKEN_TO_BE_REPLACED

A new era of Superman movies dawns, but let’s not forget about the man some say gave the definitive take on Superman. I had the pleasure of speaking with the Christopher & Dana Reeve Foundation COO Peter T. Wilderotter about the current happenings at the Foundation. Wilderotter was drawn in by Reeve’s vision.

Despite the passing of their founders, the Foundation fights against spinal cord injuries and paralysis. They’ve recently received a $2 million grant from the Department for Defense for “translational research to find treatments” for sufferers, “including servicemen and women,” of spinal cord injury. Wilderotter told me that they’ve to “do more with less” due to a cut to their CDC grant. The recent sequester made it harder for the Reeve Foundation to get needed funds, but no less determined to help people like Eric LeGrand and Rob Summers. END_OF_DOCUMENT_TOKEN_TO_BE_REPLACED 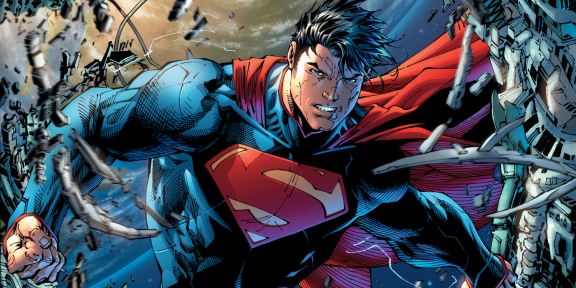 What a Super-barrage! Man of Steel comes out soon and Comixology has made Superman (Volume 1) #1 & All-Star Superman #1 free. Siegel & Shuster’s Superman #1 offers 64 pages of action, while Morrison & Quitely’s All-Star #1 presents an awe-inspiring man of wonder. For the five-dollar asking price, how much entertainment is there for the 22 story page Unchained? END_OF_DOCUMENT_TOKEN_TO_BE_REPLACED 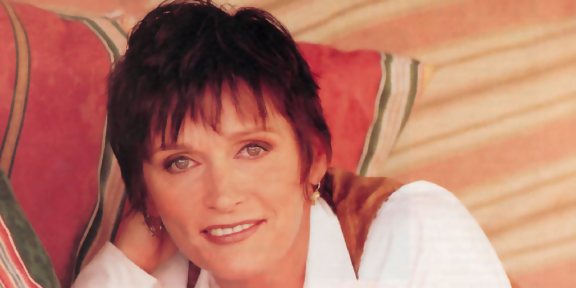 It was my first Wonder Con ever and San Francisco had never looked better to me. I was so excited to meet all of the people I grew up idolizing. Lou Ferrigno, Ray Park and many others were going to be there. But I was most excited to meet Margot Kidder. END_OF_DOCUMENT_TOKEN_TO_BE_REPLACED

75 years is said to be the “diamond” anniversary, depending on your age or location. What an appropriate name for Big Blue superhero with the diamond crest.

June is the 75th anniversary of the cover date Superman’s first appearance of Action Comics #1. While Action #1 was released a few months before, Supermania probably began by the summer of 1938. There have been nearly countless adaptations of the Metropolis Marvel and DC Comics has launched a Super-campaign that should add to Superman’s legacy. END_OF_DOCUMENT_TOKEN_TO_BE_REPLACED

Here’s the dreaded crossover event where I must (I must!) collect all current issues of Superman Family stuff to get the full battle of H’el. H’el is fortified in the Fortress of Solitude and is plotting to bring back Krypton at the expense of Earth. Supergirl is there so that must be where the “fun” is. In Superman #15, Supes brings back the shirt-jeans-boots duds from early New 52 Action Comics and recovering Superboy Kon-El is wearing the Kryptonian armor. END_OF_DOCUMENT_TOKEN_TO_BE_REPLACED

I’m sure you’re in awe (or in disgust???) of the new Man of Steel trailer. MoS will hopefully wipe clean the Supes movie slate 25 years after Superman IV. END_OF_DOCUMENT_TOKEN_TO_BE_REPLACED