Marvel’s Guardians of the Galaxy kept the positive momentum for its Cinematic Universe making over $160MM worldwide in its first weekend. My friend, Roshawn Rochester, thinks Guardians is the “movie of the summer.” Now there’s further reason to delight in Marvel’s spectacle: Bill Mantlo “thoroughly enjoyed” the movie according to his brother. END_OF_DOCUMENT_TOKEN_TO_BE_REPLACED

THE movie of the summer is out now and it is amazing! Even with all the fantastic jumps we’ve made in technology, this movie is teeming with the 80’s, and the amalgamation of old and new school is mind blowing. END_OF_DOCUMENT_TOKEN_TO_BE_REPLACED 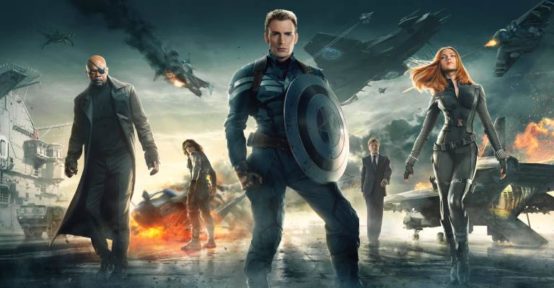 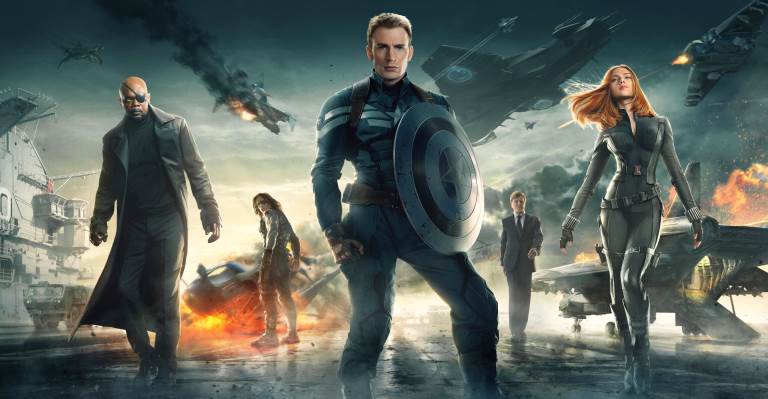 Let me start off by saying I absolutely LOVED Captain America: The First Avenger. I regard it as one of the best superhero origin movies ever! Moving forward, I went into Captain America: The Winter Soldier with high hopes that the sequel could surpass the first movie. I could not be more pleased with this sequel. If this is the quality of movies we can expect to see from Marvel Studios in the future, things will only be getting better! END_OF_DOCUMENT_TOKEN_TO_BE_REPLACED

Having barely reached middle age, the local second-run “dollar theater” known as Ashley Cinemas is now history. Hard working men and women may consider the old multiplex a microscopic footnote in Valdosta’s history, but it’s history I won’t leave behind without saying something about it. END_OF_DOCUMENT_TOKEN_TO_BE_REPLACED

To my surprise, Agents of SHIELD inches forward. “Tahiti” is a surgically-implanted illusion and Coulson actually is incapacitated for a significant amount of time instead of mere seconds. Skye displays a whopping amount of social engineering, though it could’ve came apart in a few ways. A man who’s just a Level 8 causes SHIELD’s fight against Project Centipede ramps up, but we’re stuck with being told this info and seeing a bunch of dots on a radar map. At least Clark Gregg can deliver a rear naked choke. What a vast and awesome world! END_OF_DOCUMENT_TOKEN_TO_BE_REPLACED

Agents of S.H.I.E.L.D. is a pleasant diversion, but my mind still isn’t blown yet. After three episodes, Coulson has his team and plane intact, Ward shows leadership ability, and Skye finally is put into action. No one individual, even Coulson, represents Agents’ greatest asset that will keep people watching. I’ll go further after I’ll recap “The Asset.”

“Asset” has Skye in a field mission retrieving scientist Franklin Hall from the clutches of Ian Quinn, a rogue-capitalist-scientist guy. The kidnapped Hall is in Malta, where S.H.I.E.L.D. has no authority. S.H.I.E.L.D. intervening during Quinn’s big convention would cause an international incident. In risking her life, Skye uses the opportunity to show her value to Coulson’s team. This episode is the first time I’ve actually liked Skye. END_OF_DOCUMENT_TOKEN_TO_BE_REPLACED

THERE he is! For about 67 seconds, Nick Fury scolding Agent Coulson stood out that it made the preceding 40 minutes a little dull. With the dramatic drop in ratings and mildly enthusiastic reponse over the Interwebs*, Agents of S.H.I.E.L.D. has become just another show. END_OF_DOCUMENT_TOKEN_TO_BE_REPLACED

I liked Marvel’s Agents of S.H.I.E.L.D. pilot, but I didn’t love it. Being enamored could take time. Agents premiered to a big audience with 4.7 rating in the 18-49 demographic, making it the highest-rated scripted show of the night. In Joss Whedon’s latest bonanza, where is head honcho himself, Nick Fury? Nick Fury’s absent from Iron Man 3 so I held a tiny glimmer of hope he’d be even mentioned.

UPDATE: Agents have answered my question with a funny 67-second sequence at the end of “0-8-4.”

The pilot episode re-established Phil Coulson, whose true reason for being back from the dead left a mystery. His new group includes the capable and efficient Melinda May, the British duo Fitz & Simmons, newbie ex-black ops Grant Ward, and Skye, who’s unbelievable. She has the obligatory Hollywood beauty, but Chloe Bennet isn’t convincing playing an underground techno-whiz. Cobie Smulder’s Maria Hill is a welcome presence. END_OF_DOCUMENT_TOKEN_TO_BE_REPLACED

Now it’s my opportunity to play Armchair TV Programmer! I discuss big new shows coming to three of the four major broadcast networks: ABC, FOX, and NBC. All times Eastern, no time like the present. END_OF_DOCUMENT_TOKEN_TO_BE_REPLACED

As Iron Man 3‘s the Summer movie season opener, at least we can get over it before the bigger disappointments come. Feeling let down is likely inevitable after last year’s rousing Avengers spectacle. Iron Man 3 punctuates the story of Tony Stark. Once again, Robert Downey, Jr. is Tony Stark. With his smug attitude and need to quip, Iron Man is not the pure-of-heart superhero. END_OF_DOCUMENT_TOKEN_TO_BE_REPLACED