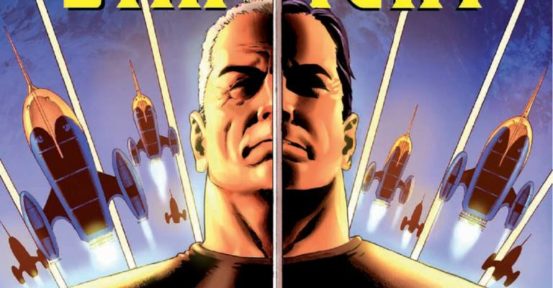 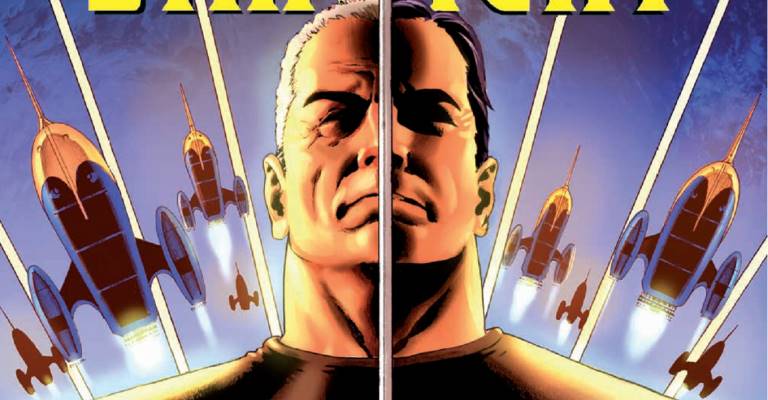 Mark Millar looks to the stars to expand Millarworld. Starlight #1 introduces us to the life of Duke McQueen, a man who dreams of his past glories as a space hero. As a savior of a distant planet, Duke’s triumph was celebrated with fireworks. However, his hopes of being admired and respected came crashing down when he returned to Earth and his beloved wife. END_OF_DOCUMENT_TOKEN_TO_BE_REPLACED 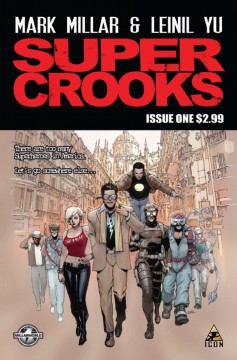 ‘Super Crooks’ took me by surprise. I don’t claim to have my fingers on the “pulse” of the comic book community or anything but this came out of nowhere for me. After the success of ‘Kick-Ass’ and ‘Nemesis’, which were both good reads as well, I decided to get the book. More importantly, I decided I would get every book under the ‘ICON’ label. But we will get into that later.

I opened the book and immediately liked what I saw. The art style of Leinil Yu leaves nothing to be desired. The way he captures the mood of the scene is amazing. The intensity of the characters is down-right awesome. When he draws something, you can tell the emotion of the character and it comes off well.

Halfway through the book I realized I had never read a book from this perspective before. I did read Garth Ennis and Darick Robertson’s ‘The Boys’, which is the only thing I can even begin to compare it to. Except that this book is from the villains’ point of view. It’s a new sensation, when reading, that the hero is a sort of background character. So far, the hero has just been there to introduce the villains’ problem. And that is where the bi-line comes in. “There are too many Superheroes in America. Let’s go somewhere else…” END_OF_DOCUMENT_TOKEN_TO_BE_REPLACED