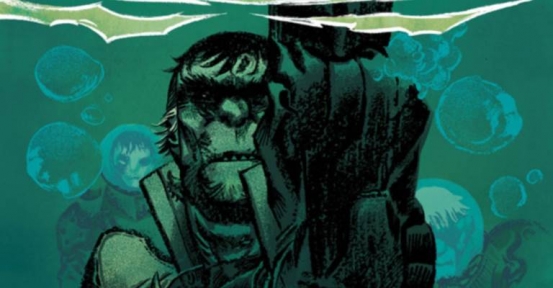 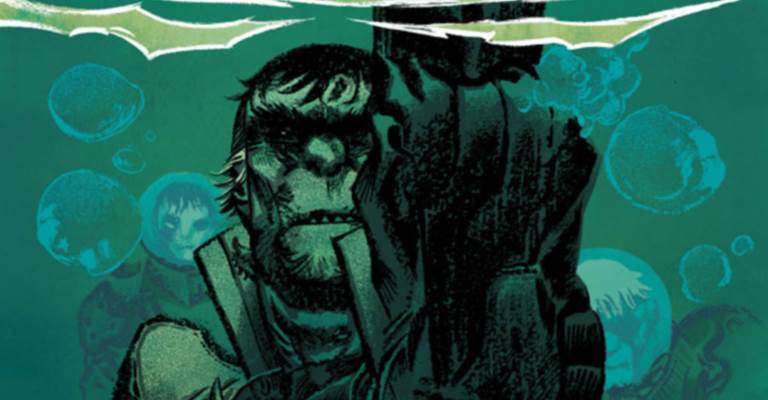 Undertow #1 is a solid first episode of an adventure about ex-Atlanteans exploring the free world with bits of politics, science, and philosophy mixed in. The creators are building a world where sea-based humanoid creatures delve in the world beyond instead of the near-inverse happening in real life. Scenes have a consistent themed palette: the ocean is fittingly bluish-green. There are a few things that stick out: END_OF_DOCUMENT_TOKEN_TO_BE_REPLACED

Image is seeking to creep out comics readers (in a good way): through classic horror with Madame Frankenstein and through a chilling crime serial with Nailbiter. Both will be in comics shops on 7 May and both are priced 299 cents. Read on to see what these stories are all about. END_OF_DOCUMENT_TOKEN_TO_BE_REPLACED

Image reasserts its place in the comics industry in the 2014 Image Expo. The Expo has come and gone and I’m trying to make sense of the flurry of news and press releases I received. Where the original Image Expo held a reunion of most of the Image founders, this year’s edition is a showcase of new directions with several notable comics creators.

What about those teasers that were sent before Thursday obviously hinting at Invincible? Jude Terror of the Outhousers pieced together the clues and stated that it’s for the 111th issue of Invincible. Indeed, Skybound revealed Invincible #111 hyped as “the only superhero comic you’ll ever need.” END_OF_DOCUMENT_TOKEN_TO_BE_REPLACED

UPDATE: Image has released two new teasers promising a first issue in a “STARTLING” new era and a “NEW” generation. Both are posted below.

Image is starting the hype for Image Expo 2014 with the tease that a new first issue will go in a “Bold” direction.

The silhouette is obviously of Invincible, created by Walking Dead’s Robert Kirkman and artist Cory Walker. When I last recalled Invincible, Mark Grayson didn’t don the super-suit, but September’s Invincible #105 was to be a jumping on point for new readers.

So, what’s the big deal of the new Invincible #1? Trying to steal Marvel’s “All-New NOW” thunder? Here’s the teaser image:

Black Science #1 mixes adventure serial with a surreal scenic tour with a cautionary tale of science gone awry. The Rick Remender-scripted surreal scenic tour is realized with the lush art from Matteo Scalera and Dean White. After seeing the painted results, I imagine how many artists from the early and mid-20th century wanted their sci-fi magazine covers to come alive. Scalera and White’s is a cool follow-up to those artistic ancestors.

The adventure serial stuff provides solid tension with Anarchic Scientist Guy having some close calls. The dangerous journey the protagonist takes to save his crew becomes opportunities for Remender, Scalera, and White to open their imaginations. END_OF_DOCUMENT_TOKEN_TO_BE_REPLACED

Check out previews of the latest comics to be released 13 November 2013. Thanks to Image Comics for providing the pages!

Before the Governor goes all-out on the TV show, the survivors in the funny pages continue their “ALL-OUT WAR!” END_OF_DOCUMENT_TOKEN_TO_BE_REPLACED

An all new story-lime where anyone can pick up and read! This is a GREAT issue for first time readers. It dives into the Elephantmen universe and is an absolute delight.

Right from the start you are greeted with a nice mystery throwback. “Blood Red: Picking up the Pieces”, Part One, is a tale of “whodunit?” wrapped in a shroud of suspense! Detective Farrell is called to a murder scene where he is accompanied by his beautiful lover, Scarlett. Unbeknownst to him, he’s about to run into the one and only Information Agent Hip Flask! END_OF_DOCUMENT_TOKEN_TO_BE_REPLACED

From the first page, you get a sense of things coming to a head. Hutch has been summoned by The Utopian (who’s Sheldon Sampson in civilian attire) with the hopes that he can stop his daughter’s relationship with Hutch from continuing and Brandon (The Utopian’s Son) has been summoned by his Uncle to take down his father and remake the United States in their own image. Needless to say, things escalate quickly!

I’m one of those people that get emotionally drawn into a character. That being said, I could NOT stop shaking when I was reading this issue. The fact that this is only issue three and I have this emotional attachment to the character already testifies to the fact that Mark Millar knows how to seize human emotion with his writing. And it’s always in the details too. END_OF_DOCUMENT_TOKEN_TO_BE_REPLACED

These are my first impressions of upcoming Image Comics titles. Some, if not all, of these were shown at Image Expo 2013 — read that link to get Roshawn’s impressions of the event. “What’s Next” is a sampler published on Comixology on 18 September showcasing Velvet, Black Science, Deadly Class, Rat Queens, Rocket Girl, Pretty Deadly, and Sex Criminals. END_OF_DOCUMENT_TOKEN_TO_BE_REPLACED

A review of Reality Check #1, published by Image Comics.
Issue written by Glen Brunswick and drawn by Viktor Bogdanovic.

How exciting would it be to read a comic where the main character is a comic book creator? Reality Check’s pathetic protagonist isn’t enough to make it compelling. As someone who has acquainted with talented comic book writers and artists, I expected better.

Writer-artist Willard Penn is a Hollywood dreamer who’s looking for his big break in the comics business. The closest he has to friendship is making unsuccessful phone calls to his mother. His latest creation is the Batman-esque Dark Hour. What makes Dark Hour not Batman is that he’s sexually frustrated. Should it be any surprise Willard had his own misadventures with the ladies? END_OF_DOCUMENT_TOKEN_TO_BE_REPLACED