My top ten picks for movie characters of the year were based on my most enjoyable moments in the theater. I have to admit, 2012 was a great time for movies. I was mesmerized more than once in my seat this year and there are a few times I won’t be forgetting anytime soon.

I also want to mention that this does not represent my top ten movies of the year. These are just the characters that I loved within movies. Without too much more to read, here are my favorite movie characters of 2012. 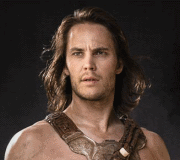 I was a little more than apprehensive to post him on the list. Mainly because everyone I talked to said they didn’t like it. But this is my list. John Carter was a great movie if you know the back story of the books. With that said, I thought it was pretty awesome.

I think Taylor Kitsch did a great job in portraying the original action hero and was more than happy to see that they wasted no money on the effects. I may have been the only one that liked the movie but it was a really cool experience for me. 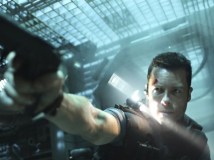 Guy Pearce was a total bad-ass in this movie. It may have been way-out there but the action was all there and the story was really cool. Take an ex-con/spy and put him in space to save the President’s daughter. If anyone could’ve pulled this off, it’d be Guy Pearce. I think Snow is one of those characters that I can watch another movie about and be amazed by the stuff he can do. 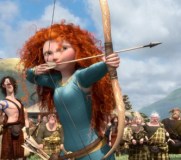 I am not much for movies where the girl is the main star. I am mostly into action and those star men for the most part. I am in no way sexist; I just don’t watch the romantic movies that much. But Brave was action-packed and funny. The character of Merida was played beautifully by Kelly MacDonald and was a movie I can watch over and over again.

Merida’s coming of age tale was action-packed and she proved she could stand her own ground. I really felt for this character when she was going through all of her challenges in the movie.
Image credit: IMDb & copyright Disney/Pixar

MORE: While Roshawn excellently gave this list, I, the editor/webmaster, gave my Top 12 Disappointments of 2012!

I am sure I will get flack for this. Bilbo being so high on the list is sure to upset some people. However, he was a great character that really stuck out to me. His journey from shy and confined hobbit to an adventurer was a magical transformation that was played out beautifully. The character was so moving and had so much internal conflict with him, that when he finally emerged at the end of the movie, he was a changed man. His transformation was wonderful to see.

Come on. Andrew Garfield OWNED this. He did an AMAZING (hehe) job at portraying the emotionally driven high schooler. From the more emotional parts to the high-paced action-packed moments in the movie, I was in awe that this movie had given new life to the Spider-Man franchise. This is the definitive Peter Parker for me.
Image credit: Amazing Spider-Man website.

Read more about the webslinger!

Chances are that you will not remember this name. But you will remember the movie in which the character played the antagonist. The movie is Chronicle. Andrew was the younger, shy kid that turned evil. Seeing his transformation the way it was shot was magnificent. He turned so slowly that we got to see each and every choice he made that made him the villain in the end. For a character I initially thought was not going to make it, I think he pretty much surprised the hell out of me. 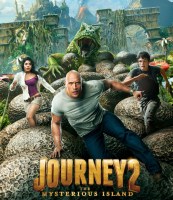 I LOVE THE ROCK. Dwayne Johnson has done a great job in every movie he’s been in and his characters are always really fun to watch. Hank was no different. In Journey 2, Hank emerged as the loveable step-father that just wants to identify with his step-son.

His inability to win over his step-son leads the two of them into a wild and zany adventure where more details of his life, as well as the experiences he’s had, come to light. With all of the comedy and action packed into this movie, Hank was an awesome character to have along for the ride.
Image credit: IMP Awards

Below: The Rock sings What a Wonderful World. 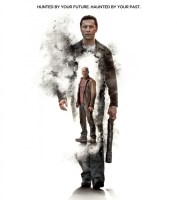 Looper was INCREDIBLE. Time travel is a hard enough concept to wrap your head around but all the rules were broken for this one and Joe emerged as one awesome character. Never really knowing what was happening at the time it was happening, Joe was constantly adapting to the situation. Using his street smarts and knowledge of time-travel, Joe was able to keep the action going as well as win a moral battle with himself…literally. Joseph Gordon-Levitt has emerged as a fine actor and continues to bring a lot of believable emotion to the characters he portrays.
Image credit: IMP Awards

John C. Reilly won my heart in this movie. He was a bad guy that just wanted to be loved. And, like most other villains, his story was basically about being accepted and finding his spot in the world. He didn’t want the hand he was dealt, so he tried to change it. The character of Wreck-It-Ralph was so fun to watch as he tried to change his station that I, at one point (somehow), forgot I was watching a kids movie. An extremely base character that is fun to watch, Wreck-It-Ralph had me fighting for him the whole adventure.

PHIL! This guy is so much fun to watch! I think the other appearances and mini-movies really helped him clinch my number one spot. I have loved this character since I first saw him in Iron Man and I think he has had one of the best cameos ever. Being a bigger player in The Avengers really clenched it for me.

I don’t care that he died in the movie. I am hoping that he somehow comes back and still remains the loveable character he is. The fact that I still get to see him in Ultimate Spider-Man has made the death a little less gut wrenching. But, low and behold, Agent Phil Coulson was my favorite character in the movies this year. Clark Gregg has played such a wonderful character and I believe he has helped shape the Marvel Universe as a whole.