The filmmakers provided a screener for review. This review avoids mentioning major spoilers.

The horror-suspense film The Atoning, directed by Michael Williams, gives a distorted view of an American family. The first act of the movie show this family, mother Vera, father Ray, and son Sam going through the motions inside of their home. Witnessing routine after routine is odd enough until the family sees strange visions of other people. Later, the movie shows who has to do some actual atoning, including confronting some coal-black demons, and why. 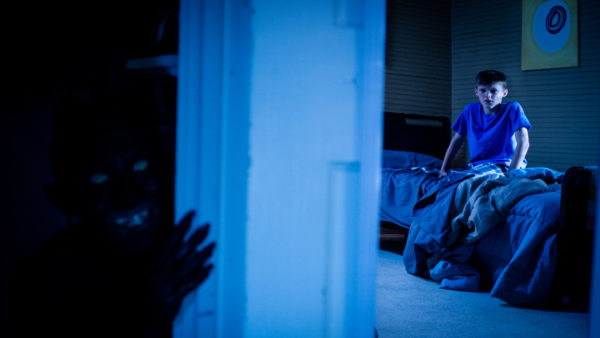 The spiritual stuff the movies delves into fascinates me. Vera and Ray are trying to get some peace, but it’s apparent they’ve paid a price to stay at home and care for their son. The early portions of the movie seem like a funhouse mirror of a family drama. As fitting for its title, The Atoning directly deals in spirituality with both parents giving up on faith or appealing to God in varying degrees. Mentions of church and showings of cross necklaces are present, but the movie is a bit more into psychics and the paranormal. There is a lack of heavenly presence which is deliberate on the part of the filmmakers. While I don’t disagree with the movie’s gloomy spiritual direction, I’d been interested to see if one of the parents would attempt a make a last lifeline to God.

The makeup of the demons were very creepy and the special effects didn’t detract from the horror. The sound mix varies from almost-too-quiet dialogue when someone has to speak in hushed tones to the effective bangs and pops. The sounds would be fine in a theater, but may need tweaking for home viewings.

The Atoning is solid work and had me thinking about spiritual warfare for a bit. Check this out if you’re willing to give indie horror a chance.