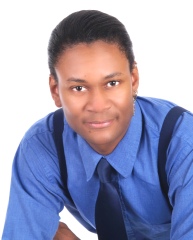 RHM: What do you think of the success of the Avengers?
AKA: Avengers is a well-done film, very entertaining. Comic books are the last of the unexplored realms by filmmakers. Recent technology has made this possible. Visual computed-generated effects and other modern technical aspects of filmmaking have made it possible to produce movies like the X-Men and the Avengers in a manner that match comics. Therefore, movies based on comics are the undiscovered realm for creative and new material.

RHM: What positive and negative trends do you see in Southern culture?
AKA: Often, education is thought of as something for intelligent people only. That was a bit of humor. The basis for southern culture appears to be generational traditions, especially in smaller cities. People appear to act based on what was taught to them, despite the failure such actions may cause in the future. However, this is changing because of globalization.

RHM: What are your thoughts on 3D movies?
AKA: Usually, only a few scenes in a photoplay make this feature worth it, yet it is a nice manner to enhance entertainment at times. Now, if only the 3-D eyewear were more comfortable . . .

RHM: What’s the best month of the year to watch movies?
AKA: For critics or serious moviegoers who like film as art, December and January are the nice months where the artistic, high quality films debut leading up to the award season. For those liking movies as pure entertainment — not concerned with quality or seeking quantity over quality — May, June and July are the best.
Still, Good movies can happen in any month.

RHM: Do you watch the Oscars? If so, who would be your ideal host?
AKA: Yes, the entire three-hour show — much too long — is observed every year. Betty White hosting one year would work. She could host while Gene Shalit, the reason I wanted the movie critic, and Roger Ebert could do running commentary from plush balcony seats. People may laugh at that thought, but I am serious. That would be different and attention-getting television.

RHM: Do you talk to other movie critics?
AKA: Rarely. I speak to television and movie actors more. When I do speak to other critics, I usually find we agree on films. However, when we disagree, we really disagree.

RHM: What are your thoughts on watching movies over the Internet with a set-top box AKA: and a major video site (e.g. YouTube, Netflix, Hulu)?
These are perfectly fine venues to see movies, but I prefer to see films on the big screen. The cinema experience is a nice getaway.

RHM: I notice that you did photography for Snake Nation Press. What was the best photo you’ve taken about the Deep South?
AKA: Yes. I really like capturing images, digitally or on film. The Snake Nation Press photo was a surprise. Its editor, Jean Arambula, called me and told me she was using a picture took of her dog. Just after that, Matt Flumerfelt, a friend and colleague, used one of my images for his poetry book.

The best photo I have ever taken of the Deep South is tough to determine. Many of my photos become my children, especially after they are framed. In that sense, they all become my favorites. However, one photo I really enjoy is a partial view of The Valdosta City Hall. A former mayor of Valdosta, Georgia, now owns it — he won it in a raffle at The Annette Howell Turner Center for the Arts, where I was once served as curator. He liked my photography; he purchased two more photographs later. It is always nice when people love your work enough that they want to make it theirs.

RHM: Is it helpful for the state of Georgia to have tax breaks that allow TV shows and movies to film there?
AKA: Yes. I served briefly on The Valdosta-Metro Film Commission as Vice Chairman. The amount of revenue a film can generate can really benefit local economies. If Georgia does not do this, that money goes to other states that may offer better incentives. Films are a business as much as they are art and entertainment. People often forget this.

As a critic, I prefer films be art first, albeit very expensive art, and good entertainment second. 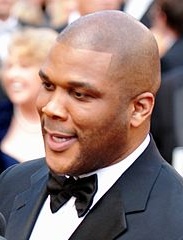 RHM: Tyler Perry: is he good or bad for American culture?
AKA: Tyler has created some iconic characters for moviedom. He will leave a lasting impression on people for years to come. Rather or not he is good for American culture is a decision film historians, critics and moviegoers will decide. Perry is exhibiting his art, good or bad. One should at least respect him for working his craft.

People often attack critics. Everyone should remember critics are searching for quality (well-crafted art), and most people are observing a movie for quantity (entertainment). While it is good to have both, a film can be entertaining but not good.

The question is what Tyler Perry’s primary goal is, quality, quantity or wealth.

RHM: Do you have any other thoughts to share?
AKA: Always, all should have faith that a better tomorrow is possible and therefore always near.

Thank you, Mr. Alexxandar, for taking us into a critic’s point of view.