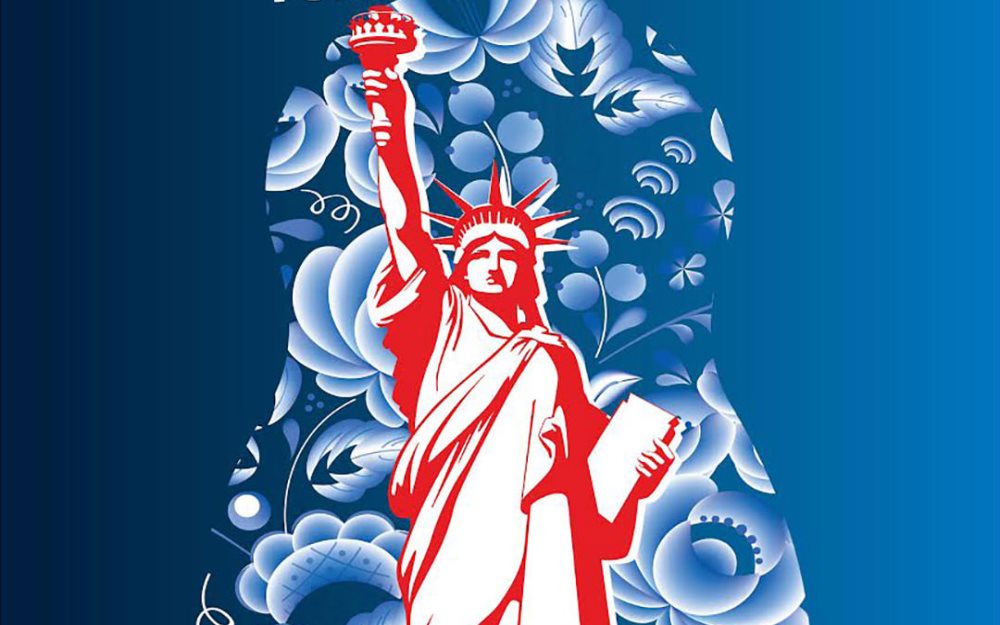 RFWNY was co-founded and successfully re-launched in 2018. This partnership aims to develop a multi-state, annual week-long showcase, in an effort to present independent, commercial, documentary and arthouse Russian films with subtitles to mainstream US audiences.

“At a time when some want to highlight differences among us, we want the 2019 Russian Film Week in New York to be a bridge to unite people across the oceans,” said founders and presenters Maria Shclover and Irina Shabshis of The Cherry Orchard Festival Foundation. “We truly feel that artistry is a powerful force and can be the catalyst to show our commonalities.”

Highlights of Russian Film Week in New York include:

Movie screening and discussion / Q&A with film director Alexander Gorchilin
Acid is a silent manifesto of the generation of twenty-year-olds in search for life’s meaning. The main characters have been abandoned in a world adorned with concepts such as family, friendship, love, and opportunities. They justify their reckless and infantile behavior by the lack of communication with their parents, since they grew up without fathers. Now, the time has come for them to face adulthood.

Movie screening and discussion / Q&A with director Anna Parmas and actress Anna Rytsareva.
Masha’s successful life has her completely consumed in her work until she discovers that her husband has been having an affair with his twenty-something fitness trainer. Her life begins to spin out of control, as she struggles to balance work, child-rearing and navigating the breakdown of her marriage. Desperate to keep her family together, Masha won’t stop at anything to get her husband back, including turning to supernatural forces. But her new life opens up new opportunities, and she wonders if this old barely flickering flame is really worth reigniting. This feature-length comedy debut by Anna Parmas is full of superb performances and witty punchlines.

As a street dancer, Anton is building a remarkable career: his team wins all the battles, he is a recognized choreographer, and all his future depends on dance. When Anton loses his hearing in a tragic accident, all his plans and all hopes are destroyed. Finding himself in an empty and strange world of silence, Anton gradually realizes that this is not the end. His passion for dance, the will to win and his love of life show him a new way to his cherished dream. And his greatest battle is yet to come.

A young girl spends her summer in a countryside resort under the strict supervision of her mother. A young guy with a secret past draws her attention. The girl does not foresee that her life will change forever after meeting him, and her feelings will send her high above the sky.

It’s been almost three years since the start of World War I, the bloodiest war in the history of humanity. Vladimir Lenin is an immigrant, living in Zurich. Having devoted his life to preparing the revolution, Lenin “missed” its beginning and is now searching for an opportunity to return to Russia and annex control of the situation.

A powerful king nearly lost his family due to the Snow Queen’s evil deeds. He finds a way to withdraw all the magic from the world – they who master the magic powers get trapped in the Mirrorlands. The only one who can stop him and keep the fairytale in our world is Gerda – as her own superpower is not sorcery but her faith in kindness and friendship. The Snow Queen herself along with trolls and pirates will help Gerda in her new adventures.

Movie screening and discussion / Q&A with Aleksey Serebryakov and Sergey Livnev conducted by the film’s director Sergey Livnev
Winner of four Russian National Film Academy Awards (Nika), Van Goghs sensitively explores the complicated relationship between Mark Ginzburg, an artist, and his oppressive father Viktor, a famous conductor Mark moved from Latvia to Israel just to escape his father’s shadow, but now circumstances have forced the two to live under the same roof again. Will they manage to see beyond their mutual dependency and rediscover the love they have for each other? An exceptionally moving film about families, and how they shape our expectations from – and perceptions of – life.

In June of 2019, RFWNY started a new initiative to promote Russian movies: we presented free screenings of two Russian films (with subtitles) at New York’s Wolfe’s Pond Park in Staten Island, as part of the NY City Council’s Cultural Initiative, supported by New York City Councilman Joseph C. Borelli (district 51).
LISTINGS INFORMATION:
Russian Film Week in New York (RFWNY) takes place in New York City December 6-13, 2019 at the SVA Theatre (333 W 23rd St), Peter Jay Sharp Theatre and Leonard Nomoy Thalia Theatre at Symphony Space (2537 Broadway) and the NYIT Auditorium on Broadway (1871 Broadway).
For tickets and information, please visit: www.RussianFilmWeekUSA.com
*   *   *
About the presenters:
Cherry Orchard Festival (www.CherryOrchardFestival.org) is a leading independent international arts organization with a solid reputation for presenting musical performances, theatrical productions, multi-disciplinary performing and visual arts attractions by a stunning array of global artists to audiences in the US. Founded by Maria Shclover and Irina Shabshis in 2013, the festival is now embarking on its 7th season and has presented more than 55 unique world-class events, concerts and theatrical performances to over 90,000 audience members.
Rock Films Studio (http://www.rockfilm.ru) was founded in 1991 by film director Alexey Uchitel. Since then, the studio has produced 45 feature and documentary films which have received over 100 awards at international film festivals, and were distributed theatrically both in Russia and abroad. The films include The Major (Cannes Film Festival) and The Fool (Locarno) by Yury Bykov, More by Alexandra Strelyanaya (Karlovy Vary), and others. Besides film production, Rock Studio Films is involved in two additional festivals – Message To Man in Saint Petersburg and Russian Film Week in London.