Pro wrestling has seen many changes from the early and mid 1990s to today. Here’s a list of six items that compare and contrast wrestling personalities and ideas.

WWE NXT’s Tyler Breeze‘s selfies and Paul E. Dangerously’s brick-phone are symbolic of how a cell phones are irritating, not trendy, when used in the wrong hands. 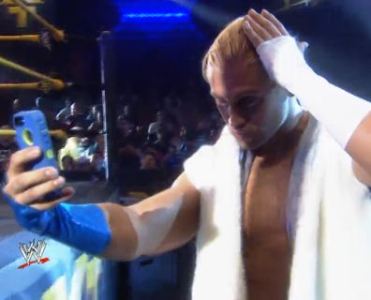 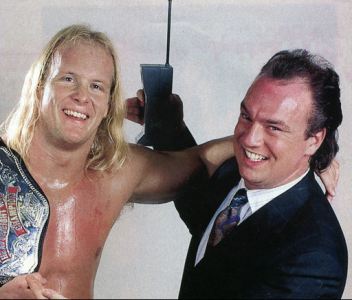 Maidens of the Microphone

WWF ring announcer Mike McGuirk was typically greeted with (likely in jest) insults from Bobby Heenan. TNA announcer ring Christy Hemme was once greeted by the crotch of Austin Aries, which wasn’t in jest. 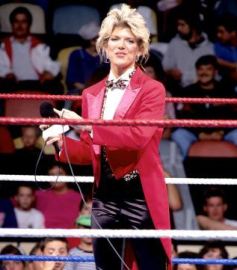 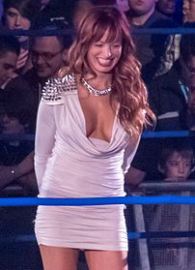 It’s interesting to hear McGuirk speak about alleged cases of sexual harassment at about 3:45 in her video. For comparison, I present… Christy Hemme doing a split-leg drop off the second turnbuckle.

In this corner, Million Dollar Man Ted Dibiase and Irwin R. Shyster as Money Inc., money-loving scourges of the working man. In the opposite corner, Antonio Cesaro and Jack Swagger as the Real Americans. Along with Zeb Colter, these three want to expand border patrols and arrogance. 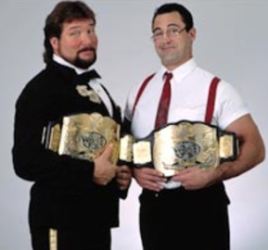 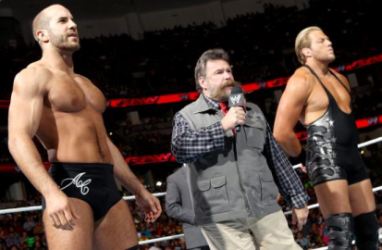 Here’s R-Truth, whose peak in WWE was when his best friend was Little Jimmy. Compare him to P.N. News, “hip” “rapper” who peaked at his first “Yo.”

The Boasts of Britain

Promotional consideration paid for by the following: former judoka, the affable Alfred Hayes, and Blackpool’s Own William Regal.

Here’s a Plug For Something You Don’t Care About

William Shatner’s TekWar, sci-fi series from the early-to-mid 1990s. Rampage Jackson and Tito Ortiz use TNA Impact Wrestling as a platform to relaunch their MMA careers. WRESTLING IS ON THE MARQUEE~! 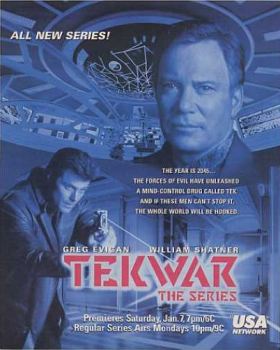 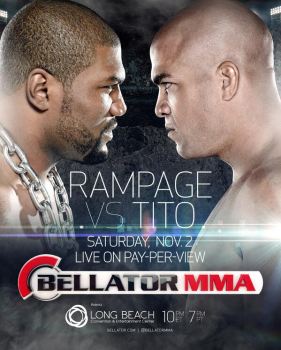