Having gone to this convention for the past few years, it always surprises me that there are a huge amount of people that like anime as much as, and in a lot of cases even more than, I do. Walking up to the Sacramento Convention Center, there was an almost serene calm. We walked up via the Kay Street cobblestone walkways and were slightly amused by the change in scenery as we turned the corner. Though this side of the convention center was dead, at our immediate left was a metropolis of cosplayers and anime fans alike.

So many people had come to the convention this year. Early estimates were projecting 14,000 based on the 6,000 people who pre-registered leading up to the event. For those that don’t know, the number of pre-registered attendees rivaled the number of actual attendees in 2009. It was no doubt that this was going to be a very busy convention. As we turned the corner to get to the entrance, I was confirmed in my beliefs. 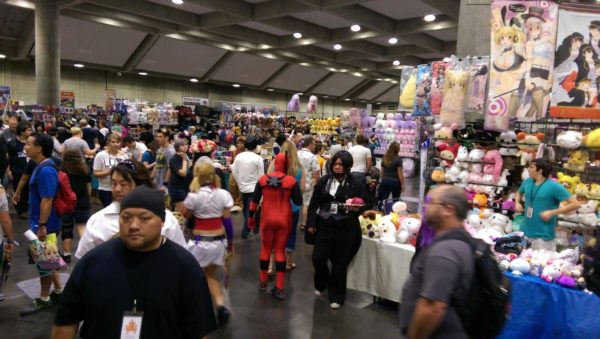 I couldn’t see the entrance through the endless amount of people. It was going to be a long, hard walk.
Fortunately there were many people in costumes that were more than happy to take pictures with everyone that passed by. So, passing the time by, we were able to take a lot of photos of so many great costumes. From shows like Sword Art Online, Teen Titans GO!, Attack on Titan, and even comic book characters like Agent Venom. There was a lot going on and we weren’t even in the convention center yet.

When we finally did make it into the convention center, it was even wilder than I had imagined. For one, I was already bumping elbows with Brandon Jay McLaren (most famous for his role as the Red Ranger in Power Rangers SPD and most recently as Dale Jakes in Graceland)…and that was within the first two minutes of getting in the door.

Almost immediately we were hit by waves of anime-niacs as the entrance was being clogged by a flock of cosplayers that took over the Sac-Anime photo wall. I can’t complain at all because we were right there with everyone that was taking pictures. It was already shaping up to be a great con experience. We then made our way to the left after taking our pictures and started visiting the booths. There was soooo much stuff I had never seen before. 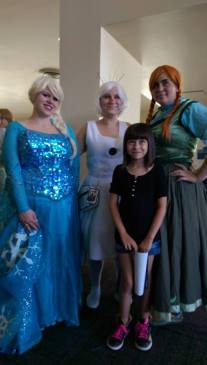 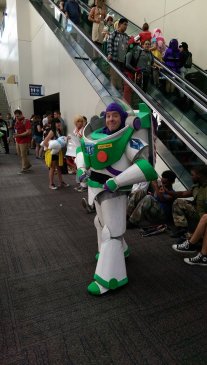 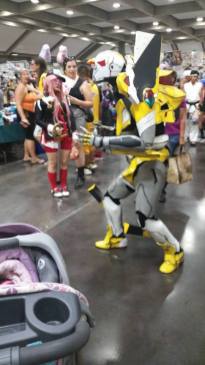 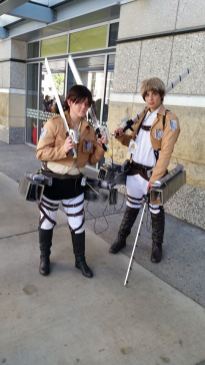 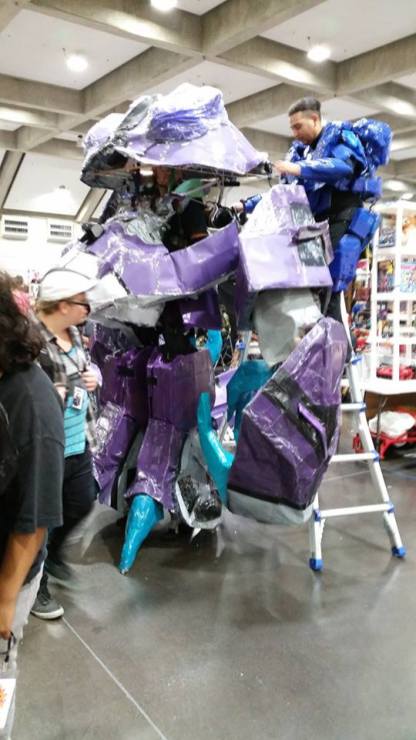 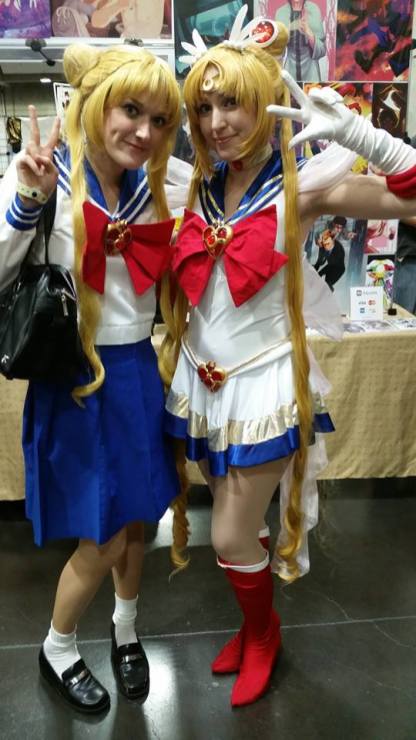 The booths ranged from anime statues, figures, clothing accessories and even body pillows of all your favorite characters. One booth was even dedicated to the Power Rangers. It was pretty much everything that any anime fan could ever want. Hours were spent on just visiting the different booths.

There were some really good finds. There was one guy that was so excited I had to stop and ask him what was going on. Apparently he had found a rare set of five phone toppers that go for $25-$50 on ebay, each. He was excited because he got all five for a combined total of $30. And this was a growing trend as the day went on. People were finding things they’ve been wanting for years. I saw a guy walk away with a mint in box Mighty Morphin Power Rangers White Tiger Zord. The look on his face showed that his life had been complete.

The convention didn’t just have things for people to buy though. There was an insane amount of talent that had been invited this year as well. The cast of Assassins Creed , Squidward from Sponge-Bob Square Pants, Mark Shepphard from the CW’s Supernatural, and a ton more anime and video game actors/actresses. One this was for sure, there was something for everyone at this convention. 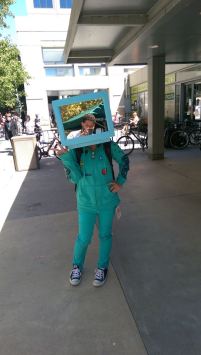 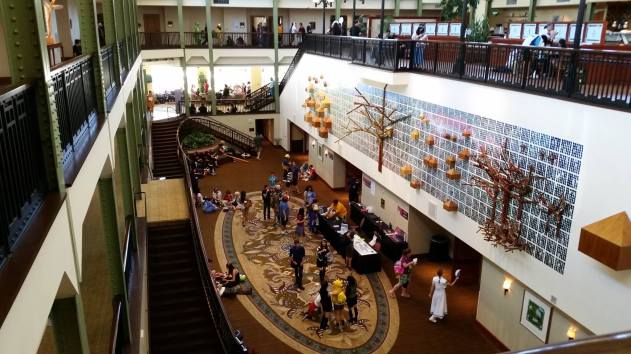 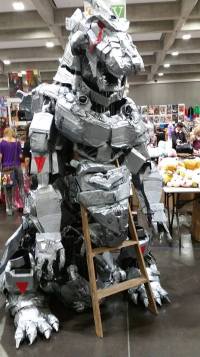 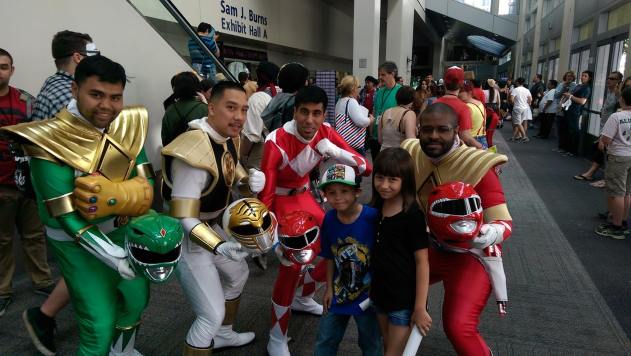 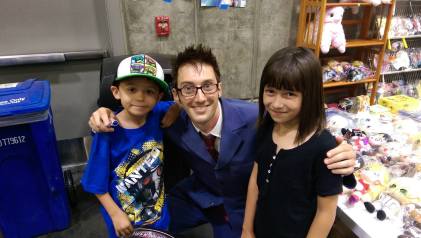 While passing by a few of the celebrities, we were able to make our way up to the exhibition hall on the third floor. There was a crazy amount of people on this floor. So many people were coming to and going from the various rooms where events such as card games, table top, cos-play, and even ballroom dancing were available for anyone to participate in. They even had a kids zone that was sponsored by the Sacramento Library. There, kids could play with Legos, draw and even make button pins. It was a nice relaxing time from the running around that we were doing. My kids even walked away with a few amazing pins that they ended up putting on their backpacks.

Apart from the different things that the convention itself had going on, there were a few moments when fans came together to create epic moments for other fans. At one point, I witnessed a cavalry of characters that were galloping with one lucky con-goer. At another I was privy to the outskirts of a Disney theme that had people whooping and hollering. I really wished I could have seen what was going on as I did see an Elsa cosplay that looked to be dancing.

All-in-all, this convention is getting bigger and better each year. I can’t wait to see what kind of talent they can pull next year and am already looking forward to it.