I’m tempted to say, “Hey guys! Iron Man 3‘s coming out this Friday so let’s prepare with this look at Pepper Potts!” However, most of the world will already get to see Iron Man 3 so I’m avoiding a landmine of spoilers.

But who wouldn’t want to see Ms. Paltrow in an exciting outfit?

Virginia “Pepper” Potts has been re-established as essential to Tony Stark/Iron Man. Is it because of People’s Most Beautiful Woman, Gwyneth Paltrow, or is because of others? I haven’t seen Iron Man 3 yet, (please don’t use the comment box to talk spoilers…k? thx) but the movie could be Pepper’s time to shine.

I have a dim recall of Iron Man 2, but I hope there’s no “Betty vs. Veronica”-type romantic subplot going. Introducing Scarlett Johansson as the Black Widow was cool, though:

I don’t read current Iron Man comics, either. Through the power of the Internet, I found that Pepper Pots had some recent character development via Marvel’s Marvelous Writer, Matt Fraction.

Have [Pepper] kind of ascend this hero’s journey, in parallel to Iron Man, but in a completely different direction.

The result: Pepper becomes Rescue and at least 1/4 of the Internet rejoices. Alex Cranz of Fempop loved how the “new” Pepper Potts was handled. I’m sure that there are many, many examples of awesome Rescue fanart out there.

In preparation for Iron Man 3, I decided to take a look at the cartoon, Iron Man: Armored Adventures. I thought that the whole “Tony Stark as a teen” premise was a dumb idea. I’m fine with Armored Adventures, now. Pepper is introduced as the weird, stalkerish girl knowing probably too much about Tony.

Later on, this Pepper gets a chance to help Tony using… take a guess:

Pepper may get her Big Hero Moment in Iron Man 3. The question for me, and for others who haven’t seen Iron Man 3, is “will Pepper make any major impact beyond snappy banter with Tony?” 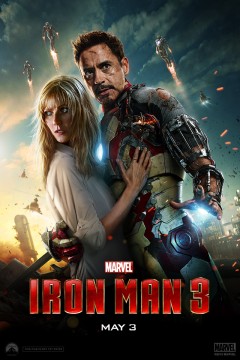