RHM normally stays away from politics. The subject is too divisive and could only be handled by bold or skillful folks. One exception will be made in Leslie Knope’s case. Her campaign starts again on 19 April at 9:30 ET/8:30 CT.

Despite the campaign currently standing on shaky ground, now is Knope’s time to impress Pawnee and make Indiana history. Knope may have to succeed in spite of an erratic campaign manager and support from a guy who nicknames almost everything. 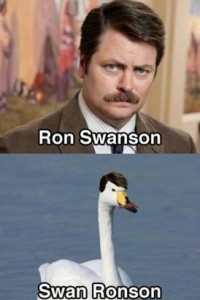 Ron Swanson’s support is also vital. Swanson is one of the most endearing government officials of this century. If anyone can see through the nonsense that is current-day local government, it’s Swanson. Protégé April Ludgate provides some fresh, thick-skinned perspective.

To all readers: I know it’s hard in these troubled times. It’s baffling seeing civic functions perform like rusty cogs in a machine. Trying to assert your personal causes would earn mud slung at you. However, it’s time throw our weight around Ms. Knope, an emerging beast changing Pawnee for the better.