Having International Tabletop Day in the smaller Southern towns is a triumph. I didn’t get immersed in any of the varied games in the cool atmosphere on the third floor of the Odum Library. My rationale, however rational, is this: leisurely-paced events with lots of chitter-chatter with no significant stakes holds little appeal to me. I was content quietly observing the tables being a fly (or whatever large animal) on the wall. 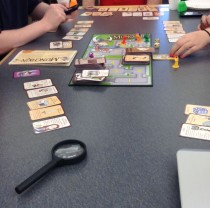 Visitors can tell they’re in Nerd Country as there’s a Spock quote within the rules and guidelines. (Image is below.)

There may or may not have been a chess game set somewhere, but I didn’t see it. Instead, I saw pleasant groups playing stuff like Ticket to Ride, Munchkin, and games based on Battlestar Gallatica and Back to the Future. It’s a relief to see genuine, fleshy people in perpetually working-class Valdosta, Georgia doing leisurely activities like normal people.

Other than the gaming and the camaraderie, there was a kid on his tablet doohickey playing EDGE, the wonderful cube-moving extravaganza. I know this because the music and sound effects were unmistakable. He seemed very enthralled with the game. 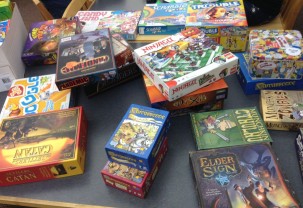 There was supposedly a drawing for door prize winners. I had left the library before that would take place so I didn’t put in my entry slip. The idea of winning prizes is awesome. What isn’t is the reality of me lugging a board game around then finding a corner where the game will gather dust. Nothing against the geek classics, but the most complex game I could play with others in my neck of the woods is Checkers.

The entities who are partners who helped made the event possible are Black Sunshine Games, Kool Comics, and South Georgia Geek Society. Look at that! Geeks actually exist in this area outside of Nevins Hall! I regularly visit one of these places, and the others seem interesting.

Anyway, I’m very thankful that whoever devised International Tabletop Day placed it in early Spring, where the weather is mild and not humid. Maybe I can get in on the action next time? 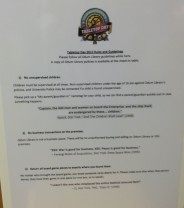 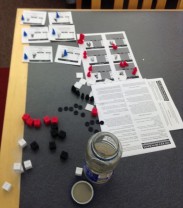 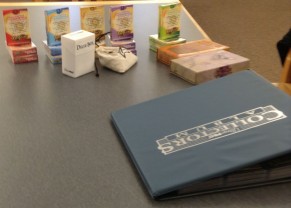