In my opinion, Mega Man 2, released in 1988, is one of the first epic video game soundtracks. The variety of tunes really helped made MM2 as one of the better Mega Man games. Thank you, Takashi Tateishi! 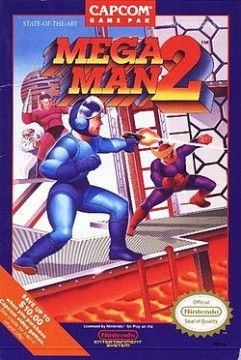 Below is a small playlist of mostly covers of the soundtrack. YouTube has tons (TONNES!) of guitar covers of Dr. Wily’s first stages, by the way. The last part of the playlist is the original Dr. Wily stage music

Also, check out the Project X cover of the soundtrack. They go beyond rocking guitar riffs: