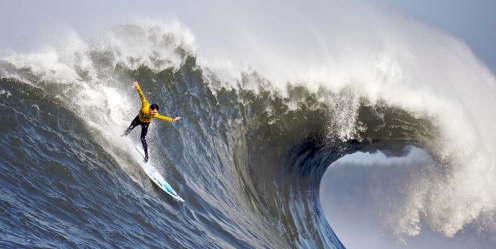 Hello, Braysayers! As I post this, it is ideal beach-going weather for many of us in the Northern Hemisphere. Sun & fun, feeling the cool waves, and so on. But you’re here likely sitting down in a non-beach area. Sigh. Whatever shall we do? How about some inspiration from listening to surf music chiptunes?

First up, the first group you probably think of when you see “surf music” is the Beach Boys. Don’t fret because they’re amply represented in bleep-bloop form.

Many years ago when gamers had to ride chariots to school, there was a console called Turbo-Grafix 16. There was also a game called Yo, Bro. It’s an obscure game to me, but the musicians put in classic Beach Boys songs in its soundtrack: “I Get Around,” “Fun, Fun, Fun,” “California Girls,” and “Help Me, Rhonda.”

Pixelated Sausage also has MP3s of Beach Boys classics: “Barbara Ann,” “Wouldn’t It Be Nice,” & “I Get Around.” 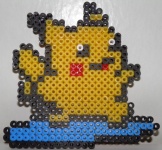 Up next is a medley of surfing music from various Pokemon games from YouTuber BlazerRed. HeartGold/SoulSilver and Black/White versions omitted, though. These pieces of music are as neat as that bead sprite of surfer Pikachu sold for $8 shipped from supersonicsneakers‘ eBay auction! 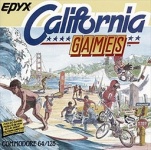 Epyx’s California Games was released for a zillion platforms so gamers of the late 80s may have played a version. If Wikipedia is to be believed, then it was featured on Captain N! (I can’t confirm this from memory) Presented here is the surfing music from the Commodore 64 version: