Let’s go back to the mid-1980s and singer-songwriter Billy Ocean was in the midst of making catchy, upbeat hits. Somewhere between Caribbean Queen and Get Out of My Dreams, Get Into My Car, somebody decided to turn “Loverboy” from yet another “Baby, please love me, Baby” song to a theme song of intergalactic romance.

According to historian Odrus Urungus, Billy Ocean was banished from the universe in the “Great Billy Ocean Wars of Nemulac 5.” The opening salvo of the war probably took place shortly after the video. Because when the going gets tough, blah blah blah.

At what appears to be the Jurassic Coast of England, you’ll watch the attraction(?) between a space-goat man forcefully win the hand, Han-shoots-Greedo style, of a pink-haired alien babe in a cave cantina. The cantina is full of characters: a guy with a bloated troll head, Tom Servo’s drunk uncle, and that TV-head prince from Saga. Remarkably, there’s roughly 85% less Billy Ocean seen than a typical video of his. 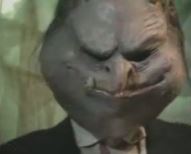 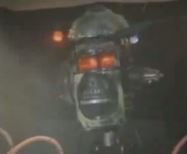 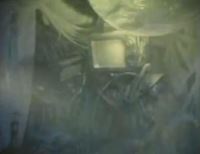 Fear not, Billy Ocean fans! An alternate version of the “Loverboy” video has Ocean standing on a small platform that looks like a gutted R2 droid. The promo cuts like crazy showing the various angles of Ocean crooning. That’s it? We don’t even get a shot of hooded faux-Jawas worshiping a floating holocube of Ocean like in the other video. 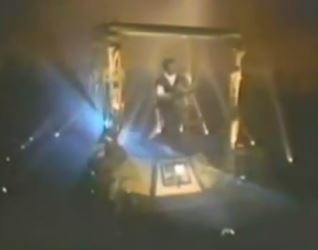 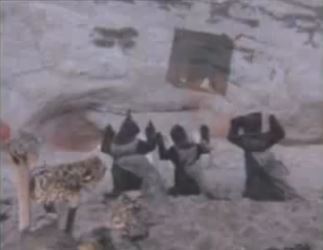 I don’t care what Oderus Urungus of GWAR says, “Loverboy” is a worse song than “Car.” It just is. A grown man begging for the love of a woman is creepy. (Don’t get me started on the original version of “Ready or Not, Here I Come.”) Unfortunately, “Loverboy” only topped the charts at #2 so “Get Out Of My Dreams, Get Into My Car” becomes GWAR’s biggest lark.

It takes a lot of effort vocally and lyrically to convince me that’s a worthy love song and “Loverboy” isn’t it. Ocean’s mellow vocals comes off as a desperate cry for attention. I’m suprised the general public puts up with decades of stalkerish love song pablum. Or maybe they don’t pay attention to the lyrics.

Just remember that weirdness is a given in ANY 1980s music video. The bad animation of “Car” can’t compare to the whopping alien odyssey that is the “Loverboy” video.