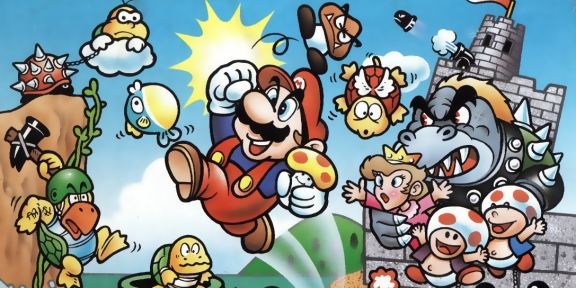 Nintendo superstar Mario Mario rose from humble beginnings as gorilla war fighter Jumpman to become a major global icon. In honor of the Year of Luigi, I’ll happily push the green-clad plumber aside to celebrate the greatness of Mario by discussing these pretenders. Accept no substitutes! 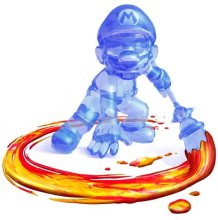 It’s the GameCube era, and Mario’s fighting to stay relevant when lots of tough space marines are filling gamers’ imaginations. What’s Nintendo to do? Give Mario a vacation at Isle Delfino.

Super Mario Sunshine has the plumber literally take on the filth of Isle Delfino. However, some residents spotted a familiar-looking dude with a liquid likeness. Mario must also chase his impostor, Shadow Mario, to clear his good name. You wouldn’t want to start up a new Mario game with some odd watery-looking Mario head spewing, “Thank-a you for playing my damn game,” would you?

Watch the video below for Mario versus Shadow Mario and the reveal of the faker’s identity (at 5:19): 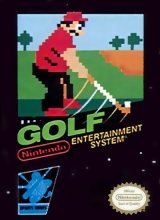 Ah, the days where Nintendo would be content with basic titles based on popular sports like Baseball, Tennis, and Soccer. None of that yearly nonsense followers of EA and 2K sports have to suffer through!

If you’ve played the game or saw the cover, you can easily assume that the golfer with the mustache is Mario. It took a few decades and clarification from an interesting Japanese Wii game to confirm the truth. 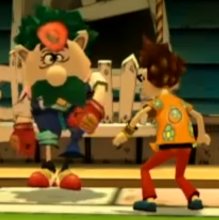 Captain Rainbow, likely too awesome to be released outside Japan, has the title hero visit and fix the lives of other Nintendo stars. One of those stars is named Ossan, the actual main character of Golf. Captain Rainbow also featured bawdy humor, so isn’t surprising that Ossan appears to be focused on his balls.

The video below has Nintendo’s expert golfer wanting help (!?): 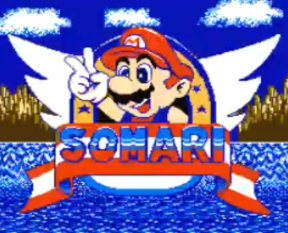 More information about Somari with links to download this Asian oddity.

The history of gaming is littered in “clones” of popular games. Some of these games become extremely popular on their own. Gamers who some Nintendo-esque action on their favorite computer (Commodore 64, Amiga, Atari ST) would have to look to developer Time Warp Productions creating their own Super Mario Brothers with a jewel-collecting Giana in place of the mustachioed adventurer.

Nintendo threatened legal action towards publisher Rainbow Arts for The Great Giana Sisters being too similar to Super Mario Brothers. The result is that TGGS was pulled from shelves. I’ll leave it up to you whether you’re on Nintendo or Time Warp/Rainbow Arts’ side.

Despite that setback, The Great Giana Sisters lives on through sequels official and unofficial. The Giana series continues with The Giana Sisters DS and Twisted Dreams. Is this sprite-hack of TGGS with Mario sprites is the sincerest form of flattery?

If you were a great at Super Mario World, you’d been able to visit the “Special World” with surreal, adjectival level names like “Tubular.” One of the oddest elements of the Special World is that Mario would tussle with Koopas with Mario(?) masks over their heads. That creeped me out when I was a kid.

As far as I know, there’s no in-story explanation for the Mask Koopas in the original Super Mario World. According to Super Mario Wiki, in a cutscene from Super Mario World: Super Mario Advance 2, Good Guy Luigi tossed those masks out of a balloon giving the Koopa Troopas a replacement for their missing shells. Yeah, it’s such a good idea to celebrate the “Year of Luigi,” huh?

Thanks to UnderScoopFire for the inspiration!

One thought on “Five Fakest Marios”