Disappointed by the myriad of comics costing 399 cents, I looked for decent titles that were far less pricey. On New Comics Day, I picked two new comics that are full length and 99 cents: D4VE & Prime-8s.

I don’t regret spending two bucks on these two digital comics. There’s no pestering my local comics shop owner to get obscure titles and I get immediate access to some possibly cool adventures.

D4VE was once a proud defense bot now living a dull, mundane life cycle. In the universe of D4VE #1, sentient androids have taken over the Earth after defeating and killing their human masters and alien invaders. D4VE has terminal boredom, though I’m not sure whether he’s limited by his programming or he’s just extremely clueless.

The initial issue is mostly filled with “work sucks, life sucks” moments. It’s a decent display of world-building, but I’d like to see the robot morality dug a bit deeper. Writer Ryan Ferrier promises that D4VE “won’t all be misery,” so I hope there’s room for moments of genuine joy.

Artist Valentin Ramon depicts D4VE and his ilk’s design as android everypeople. The humanoid bots have a variety of looks, none of them are cute or friendly. Ramon does a solid job drawing all of the various creatures and realizing the harsh reality of machine-centric Earth. 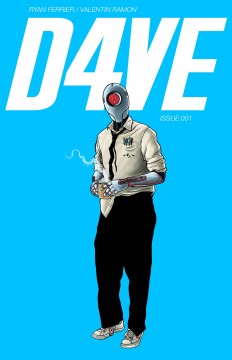 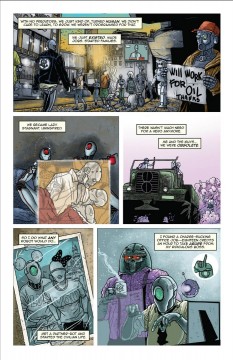 99 cents may not have been better spent.

Prime-8s evokes the classic Silver Age so well. The first issue is basically a “get the band back together” episode with some of the super-simians saving lives at a movie theater. However, some of the Prime-8s have moved on. I like Silver Age tributes when everything isn’t over-the-top. Beyond the super-powered monkey premise, the story so far looks and feels like a good 1960s action-packed capes-and-tights romp.

My enthusiasm for this series is higher than almost anything Marvel and DC puts out. Prime-8s is shaping up to be a great superhero series. 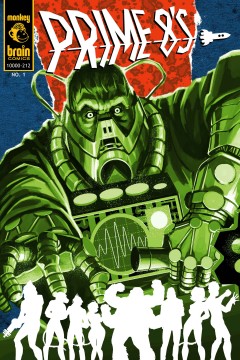 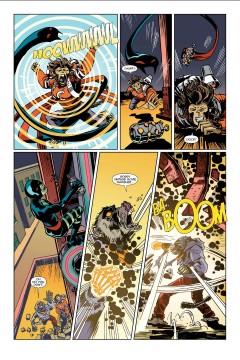