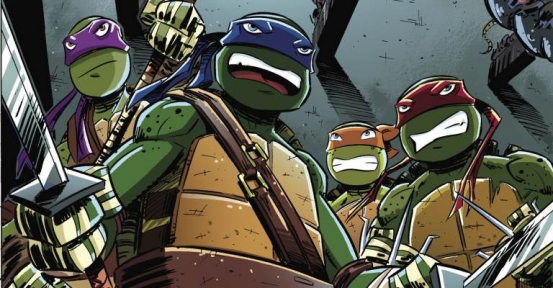 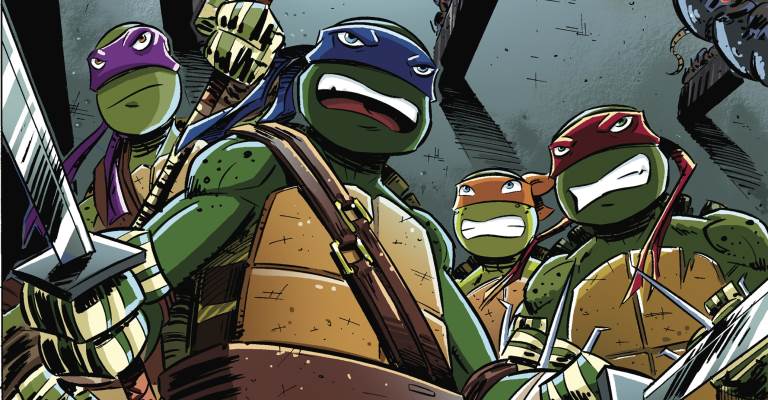 Those heroes in a half-shell are coming in three graphical adventures coming 26 February from publisher IDW. Read on to see a sneak peak.

From the IDW solicitation: While strategically secluded in Northampton, the Turtles are hit by new revelations involving enemies’ shifting loyalties, miracle cures, and ghosts from the past. And in the present, grave danger is about to strike! What new Foot Clan menace is hunting the Turtles?

From the IDW solicitation: It’s monkey vs. rat as Monkey Brains squares off against the Rat King! The former colleagues have gone through big changes since they last met, but bad blood remains! With the Turtles caught in the middle, the action is bound to get hairy!

Issue written by Paul Allor and drawn by Andy Kuhn.

From the IDW solicitation: The Fugitoid is faced with an impossible choice, and the fate of more than one species may rest in his hands! As a deadly storm envelops Burnow Island, Baxter Stockman kicks his scheme into high gear. Is Krang ready to pay the ultimate price for his people?