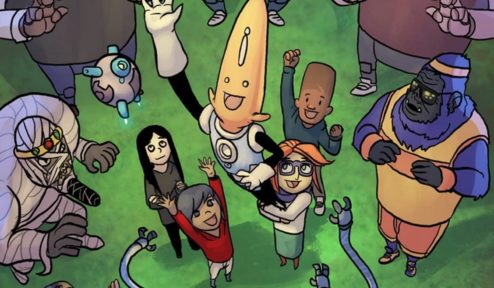 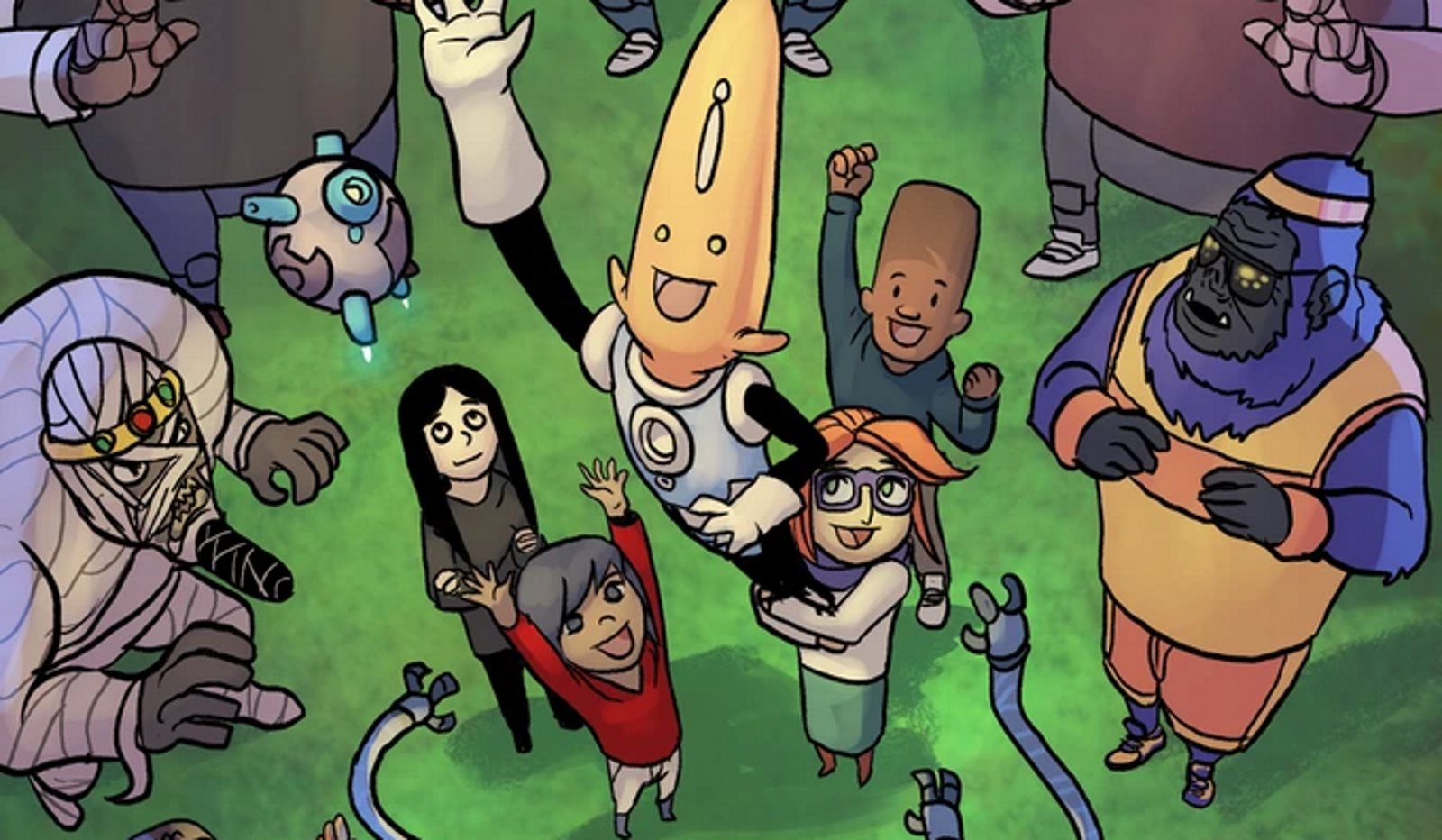 Roshawn Rochester: Before we get started, I wanted to congratulate you with the success of your first Kickstarter! As a pledge of your last one, I can honestly say I was extremely happy with the way everything turned out and my rewards.

Trevor Mueller: Thanks, and we appreciate your support! You appeared as a school bully in the previous volume, which was a fun story to write. The appearances were super popular last year, and we have even more awesome opportunities for people to get drawn into a future story of Albert the Alien!

RR: For those that are new to the series, can you give a brief synopsis?

TM: Sure thing. Albert the Alien is the first foreign exchange student from another planet. Everyone knows he’s an alien, and he’s come to Earth to learn about our culture. With his best friend and homestay sister, Gerty Greyson, the two often find ways to turn everyday ordinary activities into an extraordinary adventure!

In volume 2, Albert has been on Earth for about a month. His first Homecoming Dance is coming up, and suddenly all of the teachers call in sick and are replaced by robot substitute teachers. Albert and his friends quickly realize that someone is trying to take over the school and get him expelled, so they have to figure out who’s behind it and stop them before it’s too late!

RR: That sounds like a really fun plot! I can’t wait to see how that turns out. In regards to the genre, have you had any influences in the creation of this series?

TM: I was inspired by the Saturday morning cartoons that I enjoyed growing up as a kid. Not any particular show, just the excitement I felt every week running downstairs and turning on the TV while I ate breakfast. It was a bonding experience with friends – everyone would be so excited about the latest episode of the popular series.

I wanted to try and capture that feeling with Albert. Since he’s new to Earth, everything is new and exciting for him. Every day is like watching Saturday morning cartoons for him. I think the closest things we have today are Pixar movies – something that adults can enjoy, but is appropriate for kids. And like a Pixar movie, the series is filled with action, adventure, and lots of comedy – because we all love to laugh, right?

RR: I can honestly say that my kids and I enjoyed the first volume very much. They had a lot of laugh out loud moments and could relate to being the new kids in school. I now you touched on it a little before but could you elaborate on what is going into this next volume?

TM: This volume is going to be HUGE! It’ll be over 150+ pages, full color, and in a standard graphic novel size and format. We’re collecting 125 pages from the web comic series, a new 4-part bonus story from different artists, pinups and fan art from industry professionals and up-and-coming talent, and a few other surprise things!

RR: What gave you the idea to make a science fiction comic series that is family friendly?

TM: I’m a big sci-fi nerd, and I wanted to find a fun way to tell some adventure stories. I’ve been writing young readers stories for a while now, and I like the freedom and imagination you can put into those types of adventures. Science fiction allows a writer to take something we see every day and turn it upside down or analyze it in a new and unique way, and I figured having a kid in school (Albert is in middle school) would be a fun place for a setting for those types of stories.

RR: It certainly does give an interesting take with his perspective. Delving a little more into the Kickstarter, what are the exclusive rewards that backers can expect?

TM: We have some opportunities to appear in the bonus stories in the book, and some in the web comic series (which will be collected into volume 3). We also have some opportunities to get a copy of the book AND an original water color sketch card of your favorite Albert the Alien character from series artist Gabo. We’re also doing a Kickstarter exclusive parody print based on “Days of Future Past” illustrated by Gabo as well, which will be available to anyone who gets the book reward or above!

RR: Those are certainly some amazing rewards! With the success you’ve had on the series, have you thought about taking Albert into other areas and not just the comic realm?

TM: I’ve had quite a few conversations with people in Hollywood about transferring him to other media – video games, cartoons, film, etc. We’re in the early stages of those conversations at this point, but who knows – anything is possible! I’d love to see Albert as an animated series of his own!

RR: Thank you so much for your time and I can’t wait to see the second volume! I’m extremely excited, as are my kids. For more information on Albert Alien, please visit the following sites. Remember to back the Kickstarter campaign too!