It didn’t seem that long ago when I interviewed artist Afua Richardson. Then, she was finishing up issues four and five of Genius, a story about a woman who’s a master tactician during the war for ‘hood independence in South Central Los Angeles. Genius, written by Marc Bernardin and Adam Freeman, won the Top Cow 2008 Pilot Season contest.

After all this time, Image announces Genius as a weekly series through the month of August. Genius #1, priced at 399 cents, hits comic book shops on 6 August and succeeding issues are put out in the following weeks. Pre-orders are available now.

Get to know the talented Ms. Richardson by reading my 2012 interview with her. I may follow up. Meanwhile, here’s some text from Image’s original press release along with the cover:

What if the greatest military mind of our generation was born to a people who are already supremely conditioned to wage war, who know nothing but violence since birth, and must continually adapt to new predators in order to survive? What if the second coming of Alexander the Great, of Genghis Khan, of Napoleon, of Patton…what if it was a teenaged girl from South Central, L.A. named Destiny? And what if she decides to secede three blocks of the ‘hood from the Union? Who is going to take it back from her and her army of gangbangers? Who CAN?

“We’re thrilled to be part of Image’s roster of the new and different,” said Bernardin. “This story—about an urban revolutionary’s war on systemic injustice—is one Adam and I have been wanting to tell for a very long time.” 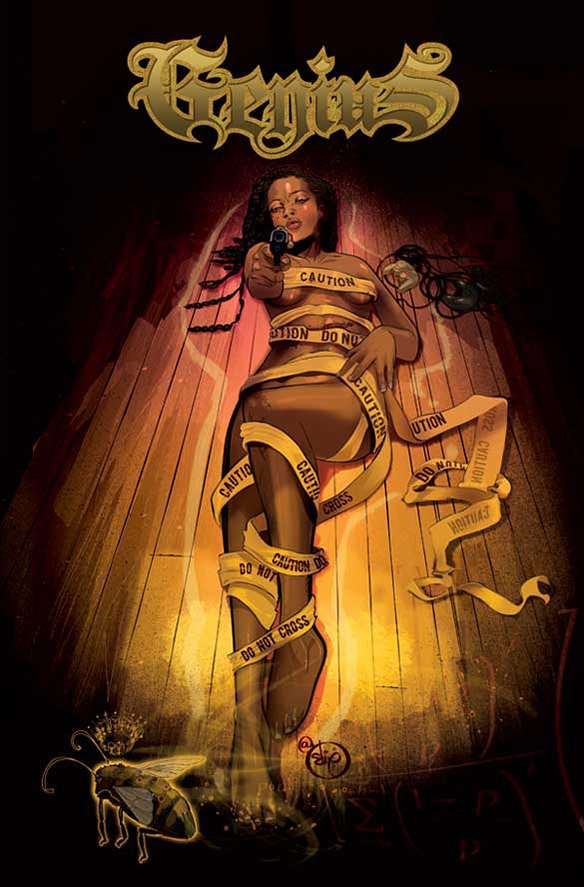