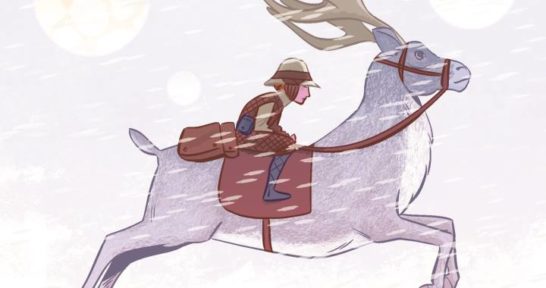 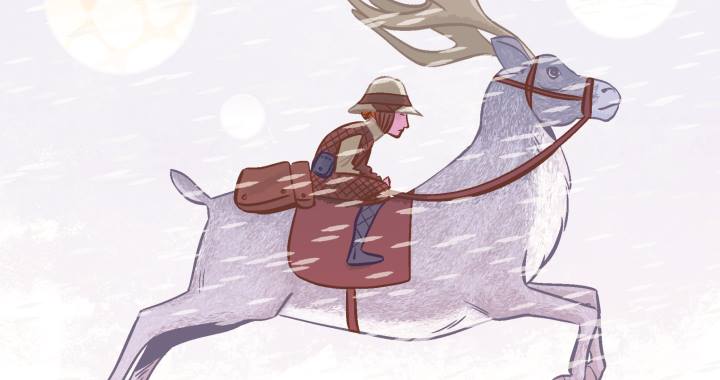 SIMPLY BEAUTIFUL. Brass Sun #1 wraps up beautiful art, masterful story-telling and an insanely detailed history of a world coming to an end. The story is extremely well written and the art really adds to the tone of it all.

Ian Edginton shows that he is a master at the English language, as well as a master of character understanding, when scripting the roles of his characters. Each one has a distinct feel and gravitas when being depicted in the panels. Adding to the overall delightful dialogue is I.N.J. Culbard’s art. 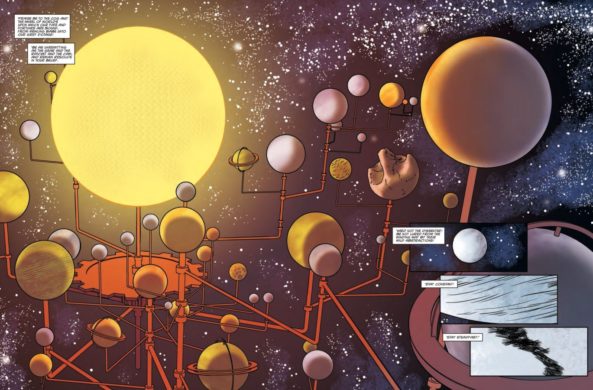 It is exactly that: art. The way he has portrayed each character, down to their mannerisms, has really helped shape this book into a must-read. Mr. Culbard’s depiction of the landscape has created another character in some regards. Heavily referred to throughout the pages, the planet has almost frozen over completely. This adds a sense of danger to the story as it is believed the sun has slowed its rotation. That is where we get into the meat of the story.

Brass Sun Was Featured In:

Here you have a young woman caught in the middle of a centuries old war on religion. The reasoning behind this war? Man’s age-old quest for power. Driven by ego, and MAGNIFICENTLY revealed in a true James Bond villain moment, the main villain in this first chapter doesn’t dispel the claims of the ex-bishop of the church. Rather, he confirms them by then further vilifying himself.

As we know, there are always casualties in a war. But, there are also heroes. Wren, the heroine of the story, must now follow the directions left by her Grandfather in order to bring forth the truth and shatter the foundation of the church.

The functions of the Brass Sun World compare to our world in a few ways. For one, the church is based in faith. If the church’s religion is questioned then the foundation begins to crumble and the belief system itself becomes less attractive in the eyes of man. That seems to be true in both worlds.

Onto discussing global weather issues. Our planet seems to be getting hotter because of our total lack of responsibility as a people. But in the world of the Brass Sun, its climate change brought upon by the religious leaders that decided to turn away from the truth in favor of there religion.

A Note From Your Humble Editor-in-Chief

This is Clarence. While Roshawn’s review is great, I’ll say that reading Brass Sun in the weekly 2000 AD is a different experience. Sun is a potentially great story, but it moved slowwwwww from week-to-week. When the first part, “The Wheel of Worlds,” concluded, it was like only a small fraction of the story was finished.

That said, Brass Sun is a fun adventure about a young woman seeking to save her home, and possibly the universe, from catastrophe. I liked the sci-fi angle that the universe is one giant machine; the mechanical stuff shown looks so organic. It gets interesting when Wren later meets another possible ally during “The Diamond Age.” Brass Sun is shaping up to be a true epic. Cheers to Edginton and Culbard.

Thanks to Rebellion for supplying review copies.