Currently, Judges Dredd, Dirty Frank, and Jack Point are all up in stomm preventing extermination of the Wally Judges. Si Spurrier, Rob Williams, and Al Ewing discuss the latest Mega-City One saga with Comic Book Resources. 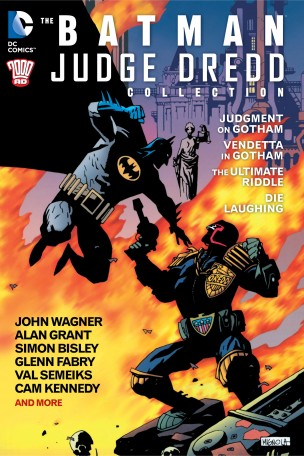 Published by 2000 AD in the UK and Ireland, and by DC in North America, this ultimate new
edition also includes the hard-to-find meeting between Dredd and psychotic biker Lobo, and
deserves a place in the collection of any self-respecting Dredd or Batman fan. 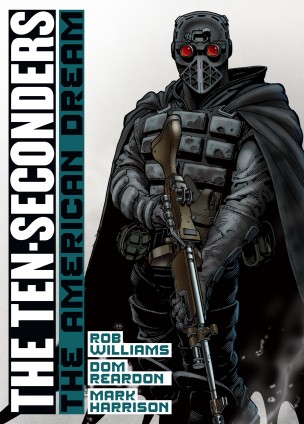 In the near future, mankind has all but been destroyed by a race of super-powered beings
who initially offered to help, but actually intended only to rule.

Those who hide in the ruins of the world and fight back against the tyranny of these
‘gods’ are nicknamed the ‘Ten-Seconders’ – so called because that is the average
life expectancy given to those brave enough to battle the overwhelmingly-
powerful opposition.

My review coming either 20 or 21 November!

Finally, I get to check out the U.S. version of Dredd. After several months of British Thrills, will I welcome the new interpretation of Dredd?

Duane Swierczynski and Nelson Daniel are the creative team. I think Dredd isn’t Dredd without his supporting cast, but I’ll give it a chance. Also, will Dredd #1 beat the other Doctor Who #1 for most variant covers? Hmm.